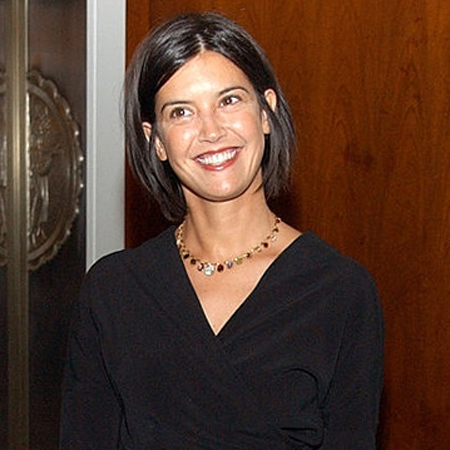 Phoebe Cates is an American actress, singer as well as a former model. Cates started her acting career at the age of 17. She is best known for her roles in the movies like Baby Sister, Date with an Angel, Drop Dead Fred etc. In 1994, Cates retired from her acting career.

Cates is married to Kevin Kline and is blessed with two children a daughter Frankie Cosmos and a son Owen Kline.

Phoebe Cates was born on 16th July 1963, in New York City, New York, United States. She is the daughter of Lily and Joseph Cates. Her father was a major Broadway producer and a pioneering figure in television. Cates grew up along with two sibling sisters Valerie Cates and Alexandra Cates and a brother Phillip Cates.

Cates attended the Hewitt School, the Professional Children’s School, and later the Juilliard School. At the age of ten, she started her dancing career and also received a scholarship to the School of American Ballet.

After that, Cates decided to pursue her career on acting. Her father also fully supported her in an acting career. In 1982, at the age of 17, Cates made her acting debut through the movie Paradise as Sarah.

However, Cates raised to fame after she appeared in the 1984 movie Gremlins as Kate Beringer. Her faces graced the covers of many magazines including Seventeen, Tiger Beat, Teen Beat, etc. In the same way, Cate also starred in 1989 drama film, Heart of Dixie along with Ally Sheedy, Virginia Madsen, and Michael Paul Chan.

Phoebe Cates is busy raising her children. Since 2001, Cates hasn’t appeared in any movies. Hope she soon returns to the acting field.

54 years old Phoebe Cates is married to an actor Kevin Kline. For the first time, this couple met each other in 1983, during her audition for The Big Chill and started dating each other. Later in 1989, they tied a knot and changed her name to Phoebe Cates Kline. This couple is blessed with a daughter Frankie Cosmos and a son Owen Kline.

Furthermore, Phoebe also dated and shared an apartment in Greenwich Village with Stavros Merjos in the early 1980s. They met each other in 1979 when she went out for her first night in Studio 54 with Andy Warhol. But they failed to continue their relationship and separated.

Allocating information from several sources as of 2018, it is found out that Phoebe Cates has the current net worth of $5 million. Cates has earned a decent amount of money from her multiple professions. She has starred in numerous movies.

Moreover, her husband Kevin is also an actor who has the net worth of $32.5 million. So with their decent income, they are living a luxurious life.