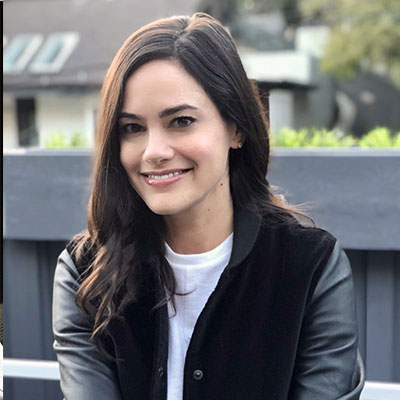 Rachel Specter is an American actress and writer who is widely known for RGX body spray commercials. The actress has also appeared in many movies and TV shows. Apart from that, she has written scripts for various shows. Specter is a beautiful and talented artist.

The writer is currently married to husband, Dan Levy. The two tied the knot back in 2010. They have started a family together with two children. The couple is living a happy life.

Rachel Specter’s net worth is currently not known. The source of her income is her acting and writing jobs. She has written for some well-established TV shows. A normal writer is paid around $60,000 to $100,000. The shows must pay Specter a good amount. Likewise, her commercials have also done well which must have fetched her a hefty salary.

Specter currently resides in Los Angeles with her husband and two children. She lives a good lifestyle. Considering LA is an expensive place to live in, we can assume that she has a good income source.

Rachel Specter is a married woman. She walked down the aisle with her boyfriend, Dan Levy in July 2010 at Walnut Grove, California.  The two got engaged in 2009. Levy is a stand-up comedian. The two are in a loving relationship. They share a beautiful bond and so far there has not been any divorce rumors.

The couple has two children together. They have a happy family. The gender and age of their children have not been revealed yet.  It seems that they have decided to keep their children away from the limelight to give them privacy.

Rachel Sarah Specter was born on April 9, 1980, in Tampa, Florida. Her father; Steven C. Specter is the associate dean for student affairs at the University of South Florida College of Medicine whereas her mother; Randie is a teacher at Hillel Jewish day school. Regarding her nationality, she is an American. Spector is Jewish as well.

Coming from a well-educated family, Specter has also received higher education. She graduated from the University of Florida with honors. As for her appearance, Specter is a brunette. She has one and a half different colored eyes. One of her eyes is dark brown and the other is a mixture of dark brown and gray/green.

Rachel Specter made her TV show debut in 2003 appearing as a college girl in one episode of Days of our Lives. Since then she has appeared in various supporting roles for shows like Crossing Jordan, CSI: New York, Entourage. She also played the role of Samantha in the TV series My Long Distance Relationship from 2008-2009. She was guest starred in an episode of How I Met Your Mother alongside Josh Radnor.

Furthermore, Specter appeared as one of the models for Sunsilk Color Showdown ad campaign. She got famous for the commercials of RGX body spray. She has shot six of the commercials but to date, only four of them have been released. Specter has also appeared in TV commercials for Wendy’s, Kay Jewelers and many more.

Additionally, Specter has acted in movies like Prom Night, alongside Brittany Snow and Jessica Stroup.

The House Bunny, Alone in the Dark II, Deep in the Valley, My One and Only and many more. She has played small roles in these movies.

Moreover, Specter is a prominent writer. She wrote for the hit TV series One Tree Hill. She has also written several episodes of the TV series Cougar. Currently, she is a writer and co-producer for the show Crazy Ex-Girlfriend.