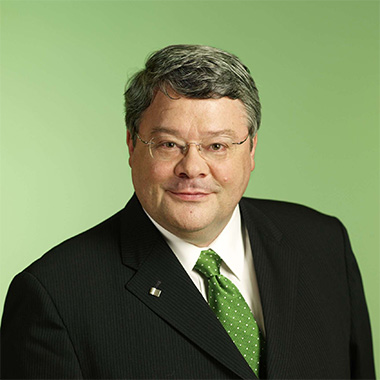 Reinhard Bütikofer is a German politician for the Alliance 90/The Greens party and served as the party leader from 8 December 2002 till 16 November 2008 alongside Claudia Roth. Bütikofer was named as the co-spokesperson for the European Green Party on 10 November 2012.

Reinhard was born on January 26, 1953, in Mannheim. He was raised in Speyer. His birth name is Reinhard Hans Butikofer. He attended Heidelberg University in Heidelberg, Baden-Wurttemberg, Germany and studied sinology, philosophy, and history.

His has three daughters with Henriette Katzenstein’s. He got married to Renee Krebs in 2001.
POLITICAL CAREER & HIS VIEWS

Since his early days, he was active in the student’s movement and the Maoist Communist League of West Germany, “K groups”. He then became active in Heidelberg municipal politics for the Green-Alternative list, from 1980. He then was elected to the town council of Heidelberg in 1984. He started his political career with Alliance 90/The Greens becoming the member of the Green Party. He also was elected in the Landtag of Baden-Wurttemberg in 1988. Until 1996 he served as the Member of the Landtag. He then took a parental leave. After that, he became co-chairman of the Baden-Wurttembergian Green Party in 1997. He then was elected as the secretary general of the federal party. He became the co-chairman of the federal party in December of 2002. In 2004 and 2006 he was reelected alongside Claudia Roth. He announced on March 3, 2008, that he would not stand again as a party chairman and in 2009 to run for European Parliament.

He is an MEP for the German Green Party since 2009. He is also an active member of the Transatlantic Legislators’ Dialogue, the Committee on Industry, Research and Energy, and the Delegation for Relations with the United States. He is also a substitute member of the Delegation for Relations with China, the Subcommittee on Security and Defense, and the Committee on Foreign Affairs.

He characterized his party as representing “a certain lifestyle” in 2010. The Green Party abandoned a two-year-long effort to negotiate revised immigration in 2004 under his leadership. In 2010, when the European Commission issued a strategy paper that suggested pursuing more bilateral trade agreements and investing in infrastructure in Africa to increase alternative sources of rare earth elements, hoping to break China’s supremacy of the market for the planned minerals. Instead, he demanded, “innovative industrial policy that reduces the use of resources”. Gerhard Schroder, the German Chancellor, announced his intentions to lift an arms embargo on China but he opposed the plan. He called for a joint approach together with the United States instead. He is the member of the Heinrich Boll Foundation. He has also served on the German-Chinese Dialogue Forum, the German branch of the Union of European Federalists, the board of Europa-Union Deutschland, and Aspen Institute Berlin.

He is also a member of the German trade union ver.di., the International Institute for Strategic Studies, nature, and the Biodiversity Conservation Union, the Green European Foundation, and the German Council for Foreign Relations.