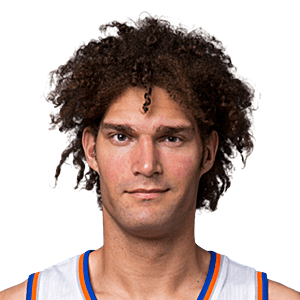 Robin Lopez is an American professional basketball player, who plays for the Chicago Bulls of the National Basketball Association (NBA). He is widely recognized for his defense and rebounding.

Robin Byron Lopez was born on April 1, 1988, in North Hollywood, California. He is the son of a Cuban father, Heriberto Lopez, and a Caucasian American mother, Deborah Ledford. He has a twin sibling named Brook Lopez, who is also a basketball player.

During his childhood with his friends:

Robin Lopez belongs to an athletic family, his father was a Cuban baseball player and mother was a swimmer. Lopez attended the San Joaquin Memorial High School in Fresno, California. Then, he went to attend the University of Stanford.

Robin’s career began when he was at Memorial High School. He played there for the San Joaquin along with his twin brother, Brook. He was honored as the Most Valuable Player while the Adidas Superstar Camp Underclass All-Star game.

Robin Lopez was also a Parade All-American third team and McDonald’s All-American team in 2006. He entered Stanford Cardinal college basketball team in 2006. During his two-season task with the Cardinal, he earned All-Pac 10 Defensive Team recognition.

Robin’s professional career began when he played for Phoenix Suns in 2008 NBA draft. In his debut game, he recorded 14 points,7 rebounds, and 2 blocks against a match with Chicago Bulls.

On 27 July 2012, Robin Lopez was purchased to New Orleans Hornets but he was shortly traded to Portland Trail Blazers on 10 July 2013. He was accepted with Maurice Lucas Award in March 2014 for his works in his ‘Read Big’ literacy campaign with Portland Public Schools.

On 16 December 2014, Robin Lopez was forced to miss several matches after breaking his hand. On 9 July 2015, he signed with New York Knicks where he twice entered season-high with 26 points and 16 rebounds.

On 22 June 2016, Lopez was traded to Chicago Bulls and recorded a season-high with 25 points against a match with Washington Wizards. Since then he has been playing for team Bulls wearing a jersey number 8.

Robin Lopez was in a relationship with Michelle Wie, American Golfer. But their romantic relationship did not work out last for long and the couple finally broke up in 2008.

Currently, he is dating to Christine Vargas since 2016. She is an account executive with the Portland Timbers. As of now their relationship going well.

Besides that, there is an open-ended rumor that he is soon going to be purchased from the Bulls.

Robin Lopez has a successful in a career in this field and paid him well financially making his net worth estimated to be $26 million. Most of his income source hails from his basketball career and endorsements. He is living a luxurious life with his family and has cute pets.