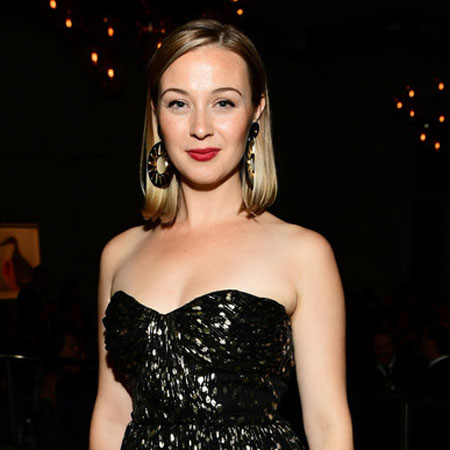 Robin McLeavy is an Australian Helen Hayes Award-winning actress. She is well known for playing as Lola Stone in the critically acclaimed horror movie, The Loved Ones. Similarly, Robin McLeavy is also famous for her films, Abraham Lincoln: Vampire Hunter and Backtrack.

Robin is unmarried yet. In the past, she was in a relationship with Australian actor, Joel Edgerton. The two began dating in 2009, but after dating a year, they parted. She suprise her fan after sharing her child picture through Instagram.

Robin McLeavy was born on 19th June 1981 in Sydney, Australia. Growing up in Sydney, she was interested in acting since her childhood. Robin McLeavy graduated from National Institute of Dramatic in 2004. The information regarding her parents and siblings are not available on social sites.

Robin McLeavy started her acting in 2005, playing the role of Kellie in the martial arts film Undisputed II: Last Man Standing. After one year later, she played the role of Jacq in the film, 48 Shades.

Later in 2007, Robin McLeavy featured in Australian observational documentary series, The Code. Moreover, she also appeared as Honey in Who’s Afraid of Virginia Woolf for Belvoir Theatre Company in 2007. In which she got a nomination for Best Supporting Actress at the Sydney Theatre Awards.

With her incredible acting skills, Robin McLeavy grabbed the role of Lola “Princess” Stone in the horror movie, The Loved Ones in 2009. It was one of the best achievements of her acting career. For her remarkable acting performance, she got nominated for the Fangoria Chainsaw Award.

From 2011 to 2016, Robin McLeavy starred in the American Western television series, Hell on Wheels.

Recently, Robin McLeavy has appeared in the TV series, Hell on Wheels. She played the role of Indian abductee survivor Eva. The series ended in 2016, and since then she has not talked about her current and upcoming work.

Talking about her personal life, she is unmarried yet. In the past, she was in a relationship with Australian actor, Joel Edgerton. The two began dating in 2009, but after dating a year, they parted.

Robin McLeavy has kept her personal life out of the spotlight. But in 2016, she surprised her fans while she shared her baby bump photo on her Instagram account.

Thus, it proves that she is not a single. Moreover, she recently welcomed her first child, a baby boy. She often shares her partner and son’s photo on her social media account.

Robin earns a good sum of money in her career. She has featured in several movies and tv series through which she receives a decent amount of money as salary. Allocating information from several sources as of 2018 it is found out that Robin’s current net worth is estimated to be around $1 million and that comes from her acting and sponsorship, and endorsement deals.

Additionally, Robin also obtains a good amount of money from several fashion lines and brands as an endorsement. Her movie Abraham Lincoln: Vampire Hunter and Hell on Wheels also helped her to collect more income. As, she is still active in the field, no doubt, her net worth will get higher in coming days.