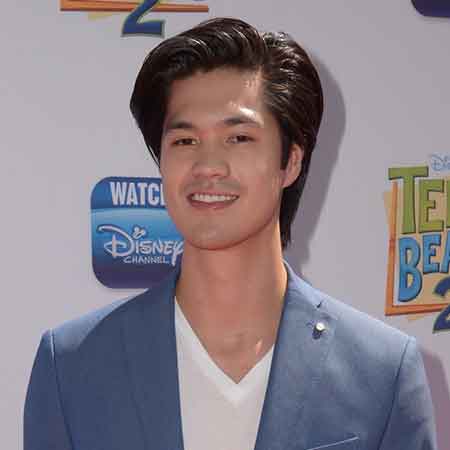 Ross Butler is one of the well-known names of American film industry who is widely perceived for his role in the CW’s drama series, Riverdale. Besides, he portrays as a Zach Dempsey in the Netflix drama series, 13 Reasons Why along with, Miles Heizer, Brandon Flynn, Katherine Langford, Alisha Boe and so on.

Well, in this session we will be revealing detail about Ross Butler’s height, weight, career, net worth, early life, personal life, and much more. Keep Scrolling!!!

Ross Butler was born on May 17, 1990, in Queenstown, Singapore, to British-Dutch ancestry father, and a Chinese-Malaysian mother. However, the names of his family are still unrevealed. Ross Bulter holds an American nationality and is of mixed descent.

Aged 28, Ross Butler first attended the Langley High Scool and graduated from there in 2008. Afterward, he joined Ohio State University for further education but left after attending for only one year. He then went to Los Angeles where he began to take acting classes.

Ross Butler’s onscreen career started from the television series, The Gateway Life where he played a role of Allen. A year later after his acting debut, he then appeared as Eddie Peon in the short film, Work it Out. With an aim of being a renowned actor, Butler made an appearance in the multiple movies as well as television series. Some of them include

Youtube: Ross Butler discuss his role of 13 reasons why;

More recently, Butler has made an appearance in the television series, Hacker’s Game Redux and will be playing a role of Eugene Choi in upcoming movies Shazam. Similarly, he has been playing a role of Zach Dempsey since 2017.

The 13 Reason Why actor, Ross Butler is living a single life. He has not involved in any love affairs and neither there are any news or rumors of him getting involved in relationships. Currently, he appears to be focusing on his acting career rather than spending much time on his private life.

It is hard to believe that, the handsome actor is spending a single life till date. He might have been in the love affairs during his early days which he does not want to reveal to the public.

The good looking and talented actor, Ross Butler has been active on the onscreen career since 2012. As of now, he has made appearances in the multiple movies as well as television series. Besides, he has accumulated a decent amount of money. As of 2018, his net worth is estimated at around $1 million. But checking his recent works, there is no doubt that his net worth is sure to increase in coming days.