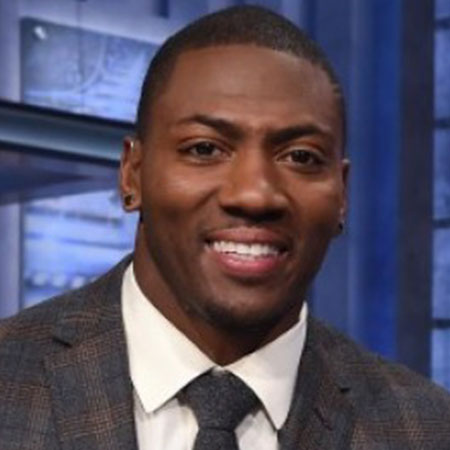 Ryan Terry Clary commonly known as Ryan Clark was born on October 12, 1979, in Marrero, Louisiana. He is a well-known former American Football safety who played in the National Football League. He was a college football player at Louisiana State University. In 2002, he was signed by the New York Giants as an undrafted free agent. He also played for Washington Redskins and Pittsburgh Steelers.

The handsome hunk completed his high school from Archbishop Shaw High School in Marrero, Louisiana in 1997. He attended the Louisiana State University for his higher studies. He played for university’s LSU Tigers football team. Because of his performance he played 36 consecutive games for the team. His talent was noticed by the league’s coaches and selected him to the All-SEC second team in 2000. The 6 feet giant was able to get the third rank on the Tigers in 2001 with 63 solo tackles and three passes. In 1998, he became LSU’s Special Teams Player of the Year.

His athleticism and strength lead him to sign the New York Giants as an undrafted free agent in 2002. In the 2002 season, he played first six games on special teams. Later he was waived during the bye week and two days later was signed with the practice squad. In 2003, he has a breakout season with the Giants. He appeared in every game either on the special team or on defense. In the 2003 season he had 23 tackles and out of which 17 solo, two pass deflections, and one sack.

During the 2004 season, he signed with the Washington Redskins as a free agent. Early in the season, he suffered from injuries and played in 15 games starting 11. He helped the team with 91 tackles and was ranked fourth on the team. In the 2005 season, he played 13 games making 57 tackles and 3 interceptions. The Redskins decide to cut ties with him. On March 15, 2006, he signed with the Pittsburgh Steelers as a free agent. He played 13 games and started 12 of them. He missed his final three games because of a groin injury. During a 2007 game against Denver Broncos he suffered from a severe pain in his left side and was rushed to the hospital. When the results came he was found to suffer a splenic infarction. Because of which he had to have his gall bladder and spleen removed. After the removal, he lost more than 30 pounds. In 2008, he returned to the team. The Ed Block Courage Award winner became a free agent in the 2014 offseason. On February 18, 2015, he announced his retirement.

He is happily married to his beautiful wife Yonka Clark. He is blessed with three sons named Logan Clark, Jordan Clark, and Jaden Clark. The couple is living a happily married life as there is no any sign of divorce or separation. His father is Michael Clark and mother is Sheila Clark. He also has a sister Clemalita Clark and a brother named Chaz Clark. He was signed as NFL analyst by ESPN in March 2015.