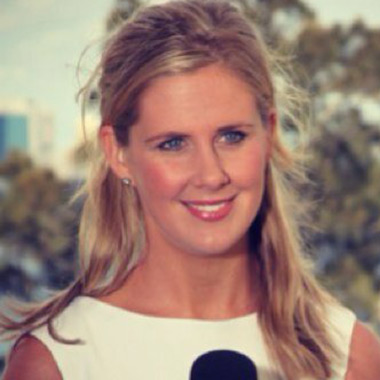 Samantha Dawson is burning example of Independent woman in today’s world. She is from Brisbane, Australia. She is a role model for the women all over the world who want to stand at their own foot and supports herself entirely on her own and is distinctly proud to be able to do so. She has the personality of leadership from the beginning.  Samantha is a talented person who is a well-known Weather Reporter and Producer at Sky News Weather, Australia. The information about her childhood is not available. The important details about her personal life in publicly unknown including her birthdates and parents name.

Concerning about her education, Samantha Dawson has been graduated for Bachelor of Mass Communication, International Journalism and Public Relation from Queensland University Of technology in 2009. She also had Producer Foundation Course from BBC Academy, the UK in 2011 where she gain qualities like developing and pitching exercises, making informal editorial decisions, originating and developing program ideas. She also had Introductory Meteorology Course from Bureau of Meteorology, Australia. She began her career in the newsroom and as the part of the Street Team for radio station Nova 106.9 FM which was located in her hometown of Brisbane in late 2007. She was designated as newsroom Reporter, Promotion coordinator and Street team Member while she was in Nova 106.9FM. She shifted to London Pursuing her career in 2010 where she worked for IMG Arts & Entertainment designated as Production and Marketing Assistant. After a year, she returned to her hometown accepting a position as Producer at the Weather Channel.

In late 2012 she left her hometown and went to Sydney to work in Sky News where she was designated as Weather Reporter/ QANTAS News Presenter. She was responsible for live reporting from the NSW Rural Fire Service. She is not only an experienced television presenter but also perfect producer having a different skill set such as Public Relations, Final Cut pro, Marketing, Editing, Voice Over, Broadcast Journalism, Television Producing. She is also a good storyteller. Her versatile and bubbly personality is recognized across the nation on Sky news and internationally as well. She is a beautiful, confident and persuasive speaker at the television.

Her Marital status is still unknown but the guy marrying Samantha Dawson would be lucky. She is a hardworking and tireless person who trying to reach the top and consequently making her life’s biography be motivational and inspirational to wannabes woman in the world.
Besides her professional job, she enjoys traveling to new places and keeping her body fit and fine. She does a lot of physical exercises such as running and skiing. Her family details are not available right now but it is mentioned that on the warmer days she does to go to a picnic on the beach with her family and friends. There is not much information about her personal life, she has been successful in hiding it from media.