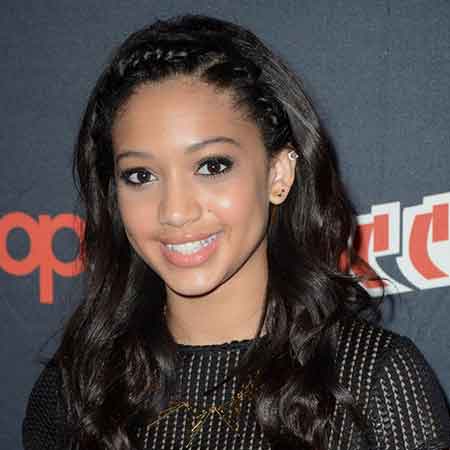 Samantha Logan was born on 27th October 1996, in Boston, Massachusetts, the United States as Samantha Jade Logan. She belongs to an American nationality and is of Irish and Trinidadian descent. Logan attended Professional Performing Arts (middle) School for musical theater.

Logan majored in drama from LaGuardia Arts (“Fame”) high school. Logan developed her passion for acting since her early age and at the age of 10, she convinced her mother to move Manhattan for pursuing her acting career.

Before pursuing her acting career, Samantha Logan did modeling and worked for several commercials. Later at the age of 13, in 2009, Logan made her screen debut appearing in the series Gossip Girl as Little Girl #2. She next played the role of Lola in the series Law & Order: Special Victims Unit. Moreover, her other television appearances are,

More recently in 2018, Logan portrayed the role of Nina Jones in the television series 13 Reasons Why. On the other hand, Logan made her movie debut through Detachment in 2011 playing the role of Spitting Daughter. Furthermore, she has appeared as Heather in the 2014 movie Alexander and the Terrible, Horrible, No Good, Very Bad Day.

Samantha Logan stands the height of 5 feet 7 inches i.e. 1.7 m. Her body measurement is 32-23-32 inches. Till date, the 21 years old actress Logan is not married, however, she is currently in a relationship with an American actor Dylan Sprayberry.

Logan and Dylan began dating in 2017 and are still together. The duo often spends their time together and further shares photos of them on Instagram. As they are dating, none of them have mentioned their plans of getting engaged or married. Besides this, Logan hasn’t been in any other relationships in past.

Well-known actress Samantha Logan earns a good sum of money from her acting career. She has starred in popular movies and television series and gets a good amount of salary. However, her current net worth is still under review.