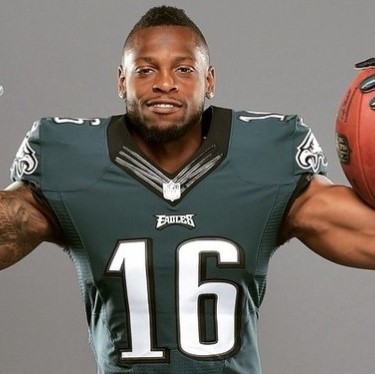 An American football wide receiver and special teamer, Seyi Ajirotutu born in ElDorado Hills, California. He is well known as the husband of the famous reality show personality, Autumn Ajirotutu who is seen on E!’s WAGS.

Seyi Ajirotutu enrolled at Oak Ridge High School in El Dorado Hills, California from 2001 to 2005. Seyi was selected to the First-Team All-League as a defensive back after making 70 tackles and picking off five passes.

During his senior year, Ajirotutu caught 77 passes for 1205 yards and 17 touchdowns, leading all divisions in the Sac-Joaquin section. Ajirotutu achieved his bachelor’s degree from the California State University, Fresno.

In the year 2009, Seyi was selected in the Second Team ALl-Western Conference as voted by the WAC head coaches thus, he got a chance to led the Bulldogs with 48 receptions for 671 yards and seven touchdowns.

Then, Seyi signed by the San Diego Chargers on August 16, 2013, where he caught game-winning touchdowns pass with 24 seconds left on the clock against the Kansas City Chiefs. In the year 2014, Ajirotutu was voted by his teammates as the Chargers’ Special Teams Player of the Year.

The couple married in the year 2012 after spending a quality time and knowing each other. Both of them are loyal to each other as well as till this date, both of them are not engaged in any extra marital affairs. Other than that, the couple had never been part of any controversy.

Seyi Ajirotutu with his wife and daughters

Ajirotutu earns the massive amount of money from his multi-professions. Ajirotutu makes a significant sum of money mostly from his career. AS of 2017, his net worth is estimated at around $1.1. million which he finance his living.