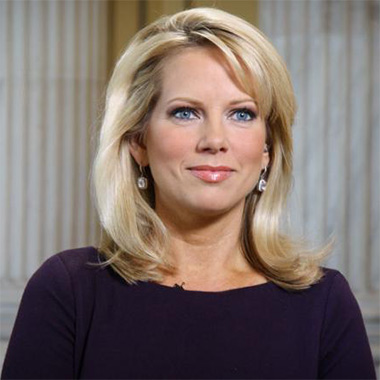 Shannon Bream is an American journalist currently working for the Fox News Channel. She became the host of the prime time program Fox News @ Night since 2017.

Currently, in the late forties, Bream is a married woman. She tied the knot with Sheldon Bream. Furthermore, her net worth in 2019 is approximately $4 million.

Bream has an estimated net worth of $4 million as of 2019. The significant source of her income is her journalism career. According to the source, her annual salary is reported $800,000.

With a tremendous net worth and earnings, Bream is living a lavish lifestyle.

Shannon Bream is married to her college boyfriend Sheldon Bream, the brother of former Major League baseball player Sid Bream. She and her husband started their affair while they were a student at Liberty University.

The couple is still together, sharing good chemistry with no signs of divorce and resides somewhere around in Washington D.C. Shannon and Sheldon, who works for Washington Speakers Bureau have no children.

Shannon Noelle DePuy widely known as Shannon Bream was born on 23 December 1970 in Tallahassee, Florida, the United States. She is the only daughter of an educator Marie Norris (mother) and a Leon County Commissioner, Ed DePuy (father).

Spending most of her childhood in Tallahassee, Shannon Bream attended North Florida High School and graduated high school at the age of 17 in 1988. During her time at school, she used to help her mother renovate houses.

She then attended Liberty University in Lynchburg, Virginia and graduated after holding a degree in business in 1992. While she was a student at L.U. she competed in MissVirgian pageant and won the title in 1990. She also participated in Miss America 1991 and was ranked in the top 10 finalists.

Shortly after graduating from Liberty University, Shannon Bream went back to her native Tallahassee to study law at Florida State University. At that time, she interned with Florida Congressman Bill McCollum, in the US House of Representatives. Bream is one of the few women to compete in both Miss Florida USA (1995) and Miss USA (1995) presenting different states. She finishes the Miss USA 1995 in fourth place.

After working as a lawyer for years with not much interest, Bream decided to turn the page and took a salary cut in 2000, to find a place in television news. She then approached a local news director and asked for an internship.

She initially received an entry-level job writing scripts on the overnight shift at WFTS-TV, an ABC news affiliate in Tampa. To support herself, Bream would be worked by day as a corporate lawyer and by night as an intern at the station.

In 2001, Shannon Bream shifted to Charlotte, North Carolina to worked for the CBS affiliate, WBTV as the evening and late-night news reporter. After serving WBTV for three years, Bream moved to  Washington D.C. in 2004 and joined the NBC affiliate WRC-TV as it’s a weekend anchor and general assignments reporter.

It was during her time at WRC, Bream came in contact with Brit Hume, who was managing editor of the Fox News Washington bureau during that time. With his encouragement, she submitted audition tapes. Bream joined Fox News Channel in November 2007 and was assigned to based in the network’s Washington, D.C. bureau.