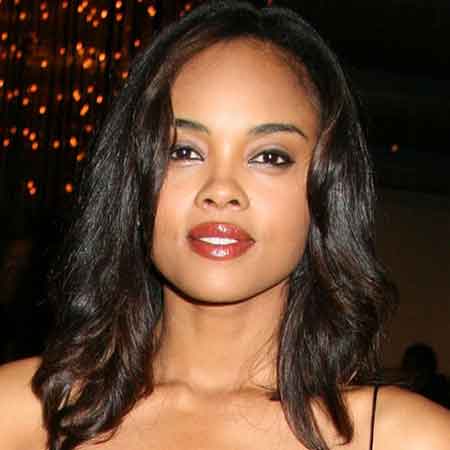 An American actress and singer Sharon Leal is better known for her roles in movies like Dreamgirls, This Christmas, Why Did I Get Married? etc. Leal was previously married to an actor Bev Land and further had a son.

Leal was further encountered with Henry Simmons. Currently, she is in a relationship with actor Paul Becker.

Sharon Leal was born on 17th October 1972, in Tucson, Arizona, United States to an African-Americana and Filipino parents. Her father was a military policeman who left her mother when Leal wasn’t born. After that, her mother Angelita Leal married Jesse Leal.

Leal belongs to an American nationality and holds African-American ethnicity. She graduated from the Roosevelt High School of the Arts. After that Leal studied at Santa Cruz Jazz festival after receiving a scholarship in 1993.

In 1996, Sharon Leal began her acting career appearing in the series Guiding Light. She played the role of Dahlia Crede until 1999. Currently, Leal plays the role of Miss Martian in the series Supergirl alongside Rahul Kohli, Owain Yeoman and others.

Similarly, Leal made her movie debut in 2000 through Face the Music. Her other notable movie appearances are in Dreamgirls, Why Did I Get Married? etc.

Sharon Leal was previously married to her boyfriend Bev Land but later divorced. Leal began dating her ex-husband Bev in 2000. After dating for a year, the duo decided to take their relationship to the next level and finally exchanged their vows in 2001.

Leal was pregnant during their wedding. On 13th  September 2001, Leal gave birth to their child, a son Kai Miles Land. But their married life could not last long as the couple divorced in 2007. The reason for their divorce was due to irreconcilable differences.

After their separation, Leal and Bev decided to take care of their son together and are actually doing so. On the other hand, Leal is currently in a relationship with actor Paul Becker. They began dating back in 2016 and are still together.

However, we can see Leal wearing a ring in her ring finger. So is she engaged? Well, none of them have mentioned anything about this matter. The lovebirds are enjoying their love life and might have plans of getting married in the future.

There are no any rumors of their separation. Besides this, Leal was further encountered with Henry Simmons.

The renowned actress, Sharon Leal currently has an estimated net worth of $2.5 million. All of her earnings are through acting and singing. So far, leal has starred in numbers of movies an tv series and has further released several songs. As per her hard work, Leal’s net worth is sure to be increased in upcoming days.