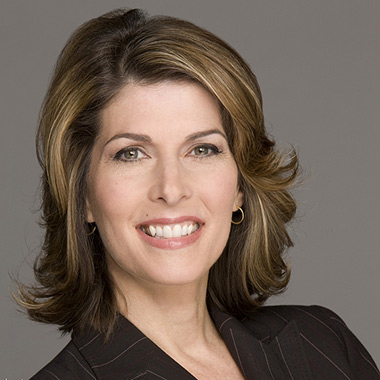 Sharyl Attkisson was born on January 26 1961 in Sarasota, Florida in 1961. She is known one of the first journalists to fly over Kosovo on a combat mission. She is an American author and also former investigative correspondent in Washington bureau for CBS News. Her brother is an emergency room physician and her father is an orthopedic surgeon. Sharyl studied at University of Florida and was graduated from there in 1982 holding degree in broadcast journalism. She is married to handsome husband. The couple is blessed with a beautiful daughter and also she is black belt in taekwondo holding third degree belt.

Since the age of 22 i.e. in 1982, she started her career as a broadcast journalism. She worked as a reporter at WUFT-TV in Gainesville, Florida. Later from 1982 to 1985, she worked as an anchor and reporter at WTVX-TV Fort Pierce, Florida. She also worked at WBNS-TV in Columbus, Ohio from 1985 to 1986. She then worked at WTVT Tampa till 1990. After that she worked for CNN as an anchor. In 1993 she worked for CBS space exploration coverage as a key anchor. In 1993 she left CNN and moved to CBS.

At CBS she anchored the television news broadcast CBS News Up to the Minute. There she became an investigate correspondent based in Washington D.C. She hosted PBS Health news magazine HealthWeek and CBS News Up to the Minute from 1997 until 2003. She also worked for CBS as Capitol Hill correspondent in 2006. She served there as a small number of female anchors which in 2008 received RTNDA Edward R. Murrow Awards for Overall Excellence. In 2010 she as a keynote speaker went to University of Florida. She resigned from CBS News on March 10 2014.

Sharyl was honored with an Outstanding Achievement Award in 1997. In 2000 she was awarded with Investigate Reporters and Editor’s Finalist Award for Dangerous Drugs. When she was 40 years old from National Academy of Television Arts and Sciences she was nominated for Investigative Emmy Award for Firestone Tire Fiasco. She was also the co-author of Writing Right for Broadcast and Internet News which is a college textbook. For Investigative Journalism about American Red Cross she was awarded with Emmy Award in 2002. In 2005 she as a part of CBS News won RTNDA Edward R. Murrow Awards for overall excellence.

She was awarded the Investigative Emmy Award in 2009 for Business and Financial Reporting on the Troubled Asset Relief Program. She was presented with the award at Fordham University’s Lincoln Center Campus on December 7. She was nominated for Emmy Award for investigations into members of Congress and also for her investigating waste of tax dollars in 2010. In 2011 she was nominated for Emmy Award. For reporting on ATF’s Fast and Furious Gunwalker controversy she was awarded an Investigative Reporting Award in 2011. For the same investigation in 2012 achieved CBS Evening News the Radio and Television News Directors Association’s National Edward R. Murrow Award which was presented on October 8 2012 in New York City.