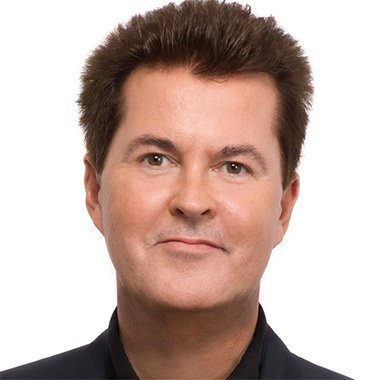 Simon Fuller, an English entrepreneur and also an artist manager and television producer. He used to manage the pop group Spice Girls and after that, he managed many other popular artists. He is also the executive producer of many hit shows. One of his popular television shows is the Fox TV reality show So You Think You Can Dance.

Simon Fuller got married in 2008 to his long-term sweetheart Natalie Swanston. The couple has three children together.

Fuller was born was born on 17th May 1960 in Cyprus. He spent his childhood in a British Overseas Territory on the Island of Cyprus. His father was a Royal Air Force pilot in there. Their family moved to Accra, Ghana.

His father was the headmaster of the British Military School, Burma Camp. Later his family moved back to Hastings, East Sussex. Fuller has two brothers, Kim and Mark.

Simon began his career at Chrysalis in A&R in the UK in 1981. He signed Madonna’s first hit “Holiday” to his company. From 1985 in London, he started his own management company called “19 Entertainment”. Later he sold his business to CKX, Inc. for $200 million in March 2005. The company delivered a profit of $92.5 million in 2008 to the parent company.

Fuller became the company’s director and had control over all of CKX’s assets. He left the company in January 2010 and started a new firm “XIX Entertainment”. He continued to work with CKX/19 as a consultant and executive producer. The XIX entertainment has a valuation of $100 million. It has offices in London, Nashville, Los Angeles, and New York City.

Simon Fuller has created and produced many television shows. He created the British TV show called Pop Idol in 2001. The show was a huge success in the UK and broke TV records when it was broadcast over two series in the UK. Later Fuller sold the show to the FOX network in the US. After that American Idol became a No.1 rated show.

Ryan Seacrest was made the host of the show and the judges were Randy Jackson, Paula Abdul, and Simon Cowell. The show has won many awards and has given a big platform to bring out the many hidden singing talents of the people. It is one of the most valuable TV formats in the world. It has a value of $8 billion made up of revenue from sponsors, telephone, merchandising, broadcast, music sales, and advertising sources.

In 2005, Fuller started a new show “So You Think You Can Dance” on the Fox network in the USA. He made four seasons of the show and was a regular summer hit. XIX Entertainment created another show named Q’Viva! with Jennifer Lopez, Jamie King, and Marc Anthony.

By Billboard magazine, Fuller has been certified as the most successful British music manager of all time. He has produced more than 500 No.1 hit singles globally and more than 240 No.1 albums too. He has been supporting new music talents from the very beginning. He believed in giving chances to the newcomers.

Fuller managed the popular girl band “Spice Girls” through the peak of their success. He has managed many other popular artists including Britney Spears, Kylie Minogue, Pink, Katy Perry, Amy Winehouse, and others.

Fuller has also been in the fashion industry. He launched 19RM with the very popular designer Roland Mouret in 2006. They opened their first retail venture in Carlos Place, London. Later in 2008, he launched the Victoria Beckham dress collection at New York Fashion Week.

The dress collection won Brand of The Year in 2012 and British Fashion Awards in 2014. In 2012, XIX Entertainment launched the David Beckham Bodywear range with H&M in London.

Simon Fuller got married in May 2008 to his long-term girlfriend Natalie Swanston. The couple has three children together. They have been living a great life and are very much happy with each other.

Simon Fuller earns a huge sum of money in his career. He earned a good sum of money from his entrepreneur career. Being a producer he has produced several hit Television shows and reality show through which he is able to make a tremendous amount of profit.

Moreover, Simon has also invested his big chunk of money in today’s growing fashion industry. He has also generated a good sum of revenue from the industry which huge profit. Allocating information from several sources as of 2018 it is found out that Simon’s fuller current estimated net worth is around $580 million.