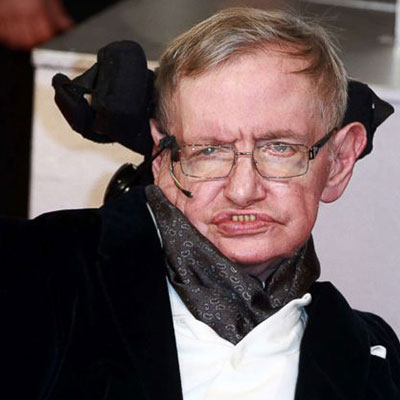 An English theoretical physicist, cosmologist, author, and Director of Research at the Centre for Theoretical Cosmology within the University of Cambridge, Stephen Hawking was known for his work with black holes and relativity.

Stephen was born as Stephen William Hawking on 8th January 1942 in Oxford, England. He was born exactly after 300 years after the Galileo Galilei‘s death to father Frank Hawking and mother Isobel Eileen Hawking. And grew up along with his siblings Philippa, Mary, and an adopted brother, Edward Frank David.

Stephen began his schooling at the Byron House School in Highgate, London and wasn’t good at academy initially. After completing high school, he enrolled at the University of Oxford at the age of 17 and pursued a first-class BA (Hons.) degree in natural science.

Afterward, he attended the University of Cambridge and obtained his Ph.D. degree in applied mathematics and theoretical physics, specializing in general relativity and cosmology in 1966.

While attending Cambridge, he was diagnosed with motor neuron disease by which he had difficulty in walking and his speech was almost impossible to understand. He was completely depressed but his diseases progressed too slowly than the doctor had predicted.

Despite his physical disabilities, his essay “Singularities and the Geometry of Space-Time” won him that year’s prestigious Adams Prize provided by the University of Cambridge.

Stephen was elected as Lucasian Professor of Mathematics at the University of Cambridge in 1979. He worked on the basic laws which control the universe and his work with Roger Penrose showed that Einstein’s general theory of relativity implied space and tie which would have a beginning in the Big Bang and end in the black hole.

In 1970, Hawking and Roger published a proof that if the universe follows the general theory of relativity and fits in any of the models of physical cosmology then it must have begun as a singularity. He also discovered that the black holes actually don’t trap everything inside of it instead they emit some harmful radiation and particles.

Stephen used quantum physic and general relativity in order to look more depth at the black holes. He also worked with James Bardeen and Brandon Carter to discover the four laws of black hole mechanics and these laws are the physical properties which is believed to satisfy and comparable to the law of thermodynamics.

Throughout career, Hawking had also published several books. His popular books include A Brief History of Time, Black Holes and Baby Universe and Other Essays, The Universe in a Nutshell, On the Shoulders of Giants, God Created the Integers, My Brief History, etc.

Moreover, he also won Andrew Gemant Award in 1998, Naylor Prize and Lectureship in 1999, Lilienfeld Prize in 1999, Albert Medal in 1999, Copley Medal in 2006, Presidential Medal of Freedom in 2009, Breakthrough Prize in Fundamental Physics in 2012, BBVA Foundation Frontiers of Knowledge Award in 2015.

Stephen Hawking had a relationship with his sister’s friend, Jane Wilde with whom he met before diagnosis with motor neuron disease. After dating, the couple engaged in 1964 and eventually tied the knot on 14th July 1965. Stephen and Jane welcomed their first child, Robert, in 1967, a daughter, Lucy, in 1970, and third child, Timothy Hawking, in 1979.

During the late 1980s’ Hawking started getting closer with one of his nurse, Elaine Mason, and eventually, he divorced Jane for Elaine. Jane and Stephen divorced in 1995 and in September of the same year he married Elaine. After five years of marital relationship, Stephen’s family and staff find out he was being physically abused by his wife which led Elaine and Stephen relationship in divorce.

After getting a divorce with Mason in 2006, Hawking resumed the relationship with Jane and his children and also with his grandchildren.

Being such intelligent, Stephen had done several prestigious and remarkable work for Science and Humanity. His work had earned him wide recognition and fame as well as a huge amount of cash prize money. Being theoretical physicist, cosmologist, author, and Director of Research at the Centre for Theoretical Cosmology, he had several sources of income and also had a decent amount of salary.

Stephen Hawking died at the age of 76, in his own house in Cambridge, England on 14th March 2018 early morning. He was buried at Westminster Abbey and his grave is located near to Sir Isaac Newton and Charles Darwin.

Hawking was born exactly on the 300th anniversary of Galileo’s death and died on the 139th anniversary of Einstein’s birth. After his death, a tribute was made to IPC President Andrew Parsons at the closing ceremony of the 2018 Paralympic Winter Games in Pyeongchang, South Korea.