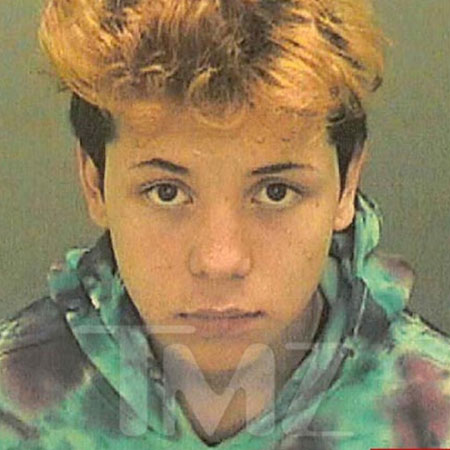 Steven Fernandez is a Skateboarder and a YouTube personality who has been combining his skateboarding skills and video making skills together.

Born on February 27, 2000, in Los Angeles California, he came from economically deprived family. He grew up seeing his parents struggling with a financial crisis, paying the bills and feeding children. His mother was jobless.  At the same, his father was diagnosed with eye cancer and the family faced the critical situation. As it is said “Hope is the only thing we have when we have nothing,” there was no any option for Steven’s family beside waiting for something amazing that could turn their life upside down. Being born in a low-income family, Steven did not get a chance to enjoy a luxurious life. Instead, he spent hours and hours skateboarding

“When you are poor for most of your life, it does not feel like you are a poor cause you are already used to it.”

He has been friend with Skateboarding since his childhood days. He started to skateboard from an early age as it was the only thing that he could afford. His father was also a professional skateboarder. He was sponsored for his first video of Skateboard by Premier Skate Board Shop.  It was his first professional deal and since then he never looked back.

After becoming familiar as a skateboarder in his locality, he started to make videos. He has been uploading a diverse range  of videos in YouTube that ranges from Prank video to videos about his life. He keeps uploading videos under various topics, sometimes he uploads videos of some crazy skateboard skills and gives tips on those tricks. Sometimes he also uploads videos on picking up girls.

Steven’s YouTube channel has also grabbed the attention of a lot of viewers due to his prank videos.  The teen sensation has been able to introduce himself as a YouTube star with more than 7,00,000 subscriber on his YouTube channel. Similarly, he has also been promoting skateboarding apparel company such as Honey Brand.

Steven Fernandez’s name pulled into controversy after he was accused of sexually exploiting a 12-year old girl along with his skateboarder friend Keelan and his manager Dadd. All three were arrested for to probe into the case charged against them for luring the victim to engage in sexual activities in exchange for an appearance in a non-existent MTV show.