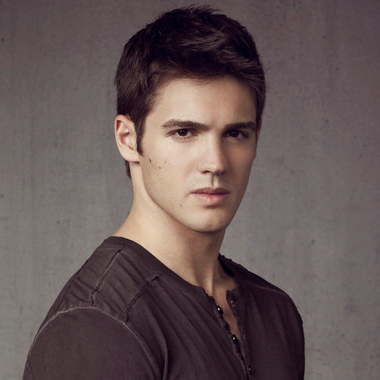 McQueen is in a romantic relationship with Olivia Pickren since June 2014. Olivia has modeled for brands such as PacSun and Vineyard Vines.

Steven R. McQueen is skilled in martial arts as well as ice hockey, kickboxing, and horseback riding. Regarding his nationality and ethnicity, he is a white American.

McQueen landed his most notable roles a recurring role as Kyle Hunter in seven episodes of the fourth and final season of The WB drama “Everwood” from 2005 to 2006, which was created by Greg Berlanti. In 2006, he also made his appearance in the short film “Club Soda”.

In 2008, he appeared in science-fiction Disney Channel Original Movie “Minutemen”, where McQueen played the villainous role of Derek Beauguard. It was written by John Killoran, David Diamond, and David Weissman. The movie was directed by Lev L. Spiro and was the most-viewed program on cable for the week, with 6.48 million viewers.

In 2009, he guest-starred on police procedural television drama series “Without a Trace” playing Will Duncan. The series debuted as part of the CBS fall line-up in 2002, which was created by Hank Steinberg and produced by Jerry Bruckheimer.

Following year, he made his appearance on the crime drama television series “Numb3rs”. The series was created by Nicolas Falacci and Cheryl Heuton. In 2008, he also appeared in the short film named American Breakdown playing The Kid.

In 2010, he appeared in horror comedy film “Piranha 3D”. The film was produced and directed by Alexandre Aja along with his crew members named, Mark Canton, Marc Toberoff, Gregory Levasseur. And written by Pete Goldfinger and Josh Stolberg.

From 2015 to 2016, McQueen was cast on the NBC drama “Chicago Fire” in the fourth season as Jimmy Borelli, which as was created by Michael Brandt and Derek Haas. Following years, he also entered police procedural drama television series ” Chicago P.D.”, created by Dick Wolf and Matt Olmstead as the first spin-off of Chicago Fire.

In 2009 and from 2015-2017, McQueen was cast as Jeremy Gilbert in an American supernatural drama television series “The Vampire Diaries”. The series was developed by Kevin Williamson and Julie Plec. It is based on the popular book series of the same name written by L. J. Smith.

McQueen is in a romantic relationship with Olivia Pickren since June 2014. His girlfriend, Olivia has modeled for brands such as PacSun and Vineyard Vines.

Mcqueen was previously linked with beautiful divas in Hollywood industry. Steven R. McQueen began to date actress, Chelsea Kane in 2008 but after being in a relationship around a year the two ended their relationship in 2009.

In 2009, Steve dated Trisha Cummings but the two broke up in 2010 the reason behind their broke up was his extra affairs with other divas. When the actor was dating Trisha, he also briefly dated an actress, Malese Jow the same year.

McQueen was rumored to be dating actress, Candice King in 2010. McQueen was also in a relationship with Hillary Harley in 2011 but the relationship did not last long and separated in 2013. He and Dylan Penn began dating each other as a girlfriend and boyfriend in 2013 but the couple broke up due to some personal reason in 2014.

Steven earns a good sum of money in his career. He has featured in several movies and tv series through which he receives a good amount of money as salary. Moreover, he also receives a decent amount of money from several fashion lines and brands as an endorsement. Allocating information from several sources as of 2018 it is found out that Steven R. McQueen current estimated net worth is around $3 million.