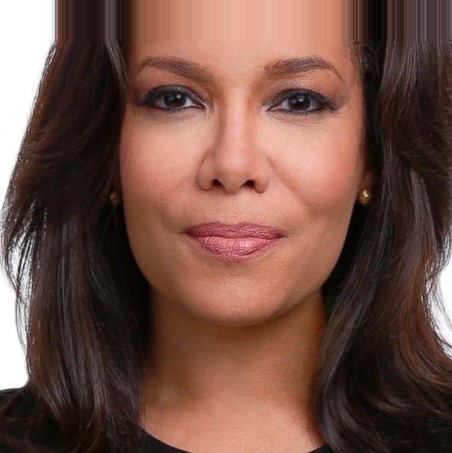 A Daytime Emmy Award nominee, Sunny Hostin is a columnist, lawyer, social commentator, as well as multi-platform journalist. She is widely known as a former assistant of the United States Attorney as well as a legal expert. She is happily married woman and mother of two children.

Born as Asunción Cummings was born on October 20, 1968, in New York City, New York, United States. She is the daughter of interracial, William Cummings and Rosa Beza. Sunny Hostin’s father, William belonged to African American descent, whereas her mother, Rosa was Puerto Rican. Therefore, she is of mixed ethnicity.

Hostin spent her childhood in Bronx, New York City. She speaks English and Spanish fluently. Sunny Hostin attended Dominican Academy, which was an all-girls school. Later she received her degree in Communications from the Binghamton University. She earned a degree in Law from the Notre Dame Law School (NDLS).

Sunny started her professional career as a law clerk to Robert M. Bell, who was Chief Judge of the Maryland Court of Appeals. After a few years of working in Maryland, she became a trial attorney in the US Department of Justice’s Antitrust Division.

Furthermore, Sunny became an Assistant United States Attorney in the District of Columbia after leaving the Antitrust Division, where she specialized in child sex crimes. She has even received a Special Achievement Award for her successful prosecution of sex offenders.

Sunny’s television career began when she became a reporter for Court TV. Then, she was offered a spot on the Fox News daily show, The OReilly Factor. Hostin was also regularly highlighted along with Megyn Kelly and Bill O’Reilly in regular debut show.

Currently, she serves for CNN, where she entered in September 2007 she was appointed by CNN President Jon Klein as the legal analyst for its flagship morning show, American Morning. Currently, Hostin also writes news column for CNN called Sunny’s Law. 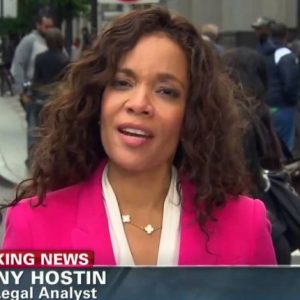 She is also currently serving for ABC News as the Senior Legal Correspondent and also as a co-host on the morning talkshow “The View”.

Hostin has reached currently 48 and she is a happily married woman. Hostin married to Emmanuel Hostin on August 8, 1998, where only close friends and relatives attended their wedding. Her husband, Emmanuel is an orthopedic surgeon.

As a loving spouse, the couple has been blessed with two children named Gabriel, and Paloma. The couple has been together for a long time and enjoys their married life with their children which don’t symbolize any symbol of their divorce and split.

Sunny Hostin and Don Lemon fought it out during a portion on Monday night on CNN. As shown by Salon, Lemon, Hostin, and Wolf Blitzer were having a conversation about the Spring Valley episode.

As the video played on the screen, the three talked about the utilization of drive displayed on the video. The video of the event at Spring Valley High School was released in 2017. Following its release, it created a firestorm via web-based networking media. The video shows Deputy Ben Fields drawing a young lady out of her seat and using the further move to make her down. The video hit everybody its release.

Being a multi-talented journalist, she has done a marvelous achievement over her profession. She surely living a luxurious life with her family. Her estimated net worth has $2 million. To know more about her you can follow her social networking sites Like Facebook, Twitter, and Instagram.