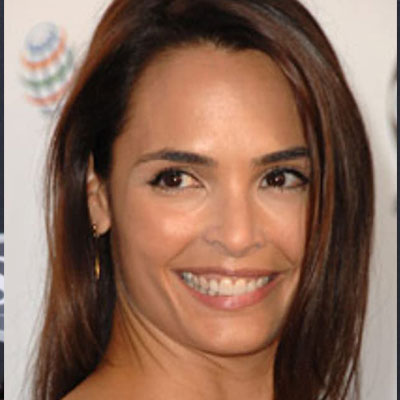 Talisa Soto is an American actress and former model better known for portraying the role of Princess Kitana in the fantasy action film Mortal Kombat (1995) and its sequel Mortal Kombat: Annihilation (1997). Moreover, she is further known for her roles in Licence to Kill, Island of the Dead, etc.

Soto began her modeling career at the age of 15 and has appeared in the covers of several popular magazines including People, Glamour, and Maxim. Soto is married to husband, Benjamin Bratt with whom she has a son and a daughter.

Talisa Soto was born on 27th March 1967, in Brooklyn, New York City, New York, United States. She was the youngest of four children of her parents who were the immigrants from Puerto Rico. However, she hasn’t revealed any information about her parents and siblings.

Soto and her siblings moved to Northampton, Massachusetts along with her siblings where they were raised and educated.

At the age of 15, Talisa Soto began her modeling career during her summer vacation by signing with Click Model Management. After a week of signing a contract, Soto moved to Paris and appeared on the cover of Vogue. Later she appeared on the covers of British Elle, Mademoiselle, Glamour and Self magazines too.

Furthermore, Soto has further featured in the advertisements of Calvin Klein, Cartier, Clarins, Revlon, Salvatore Ferragamo and many more. In 1984, Soto made her acting debut through The Pope of Greenwich Village as a studio dancer. And after a long gap, she returned to her acting career in 1988 starring in the movie The French as Seen By…

The same year, she further appeared on the movie Spike of Bensonhurst where she portrayed the role of India. Soto came to fame after she starred in 1989 James Bond film Licence to Kill. Likewise, Soto further starred in the movies like Mortal Kombat and its 1997 sequel Mortal Kombat: Annihilation.

The 51 years old gorgeous actress, Talisa Soto was previously married to husband, Costas Mandylor, an Australian-Greek actor. The duo tied the knot back in 1997. But the things didn’t go well in between the couple so they divorced after three years of their marriage in 2000.

After that, Soto began dating her current husband Benjamin Bratt. The duo met each other for the first time on the set of Pinero. Well, the duo later decided to take their relationship to the next level and finally tied the knot in 2002.

The couple is blessed with two children, a son Mateo Bravery Bratt and a daughter Sophia Rosalinda Bratt. They are living together with their children and yet they haven’t faced any rumors of divorce and other extramarital affairs. Besides this, Soto previously dated Nick Kamen.

One of the renowned actress Talisa Soto is living a lavish life with her husband and children. Soto has earned a decent amount of money from her acting career as well as modeling career. She has done modeling for several brands and fashion lines through which she receives a good sum of money as an endorsement.