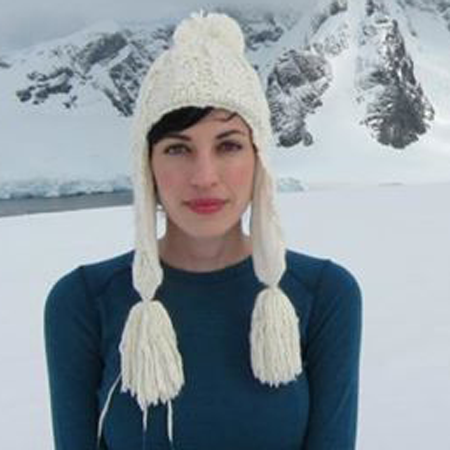 Tasha McCauley is a robotic scientist and also a co-founder of the company called Fellow Robots. Furthermore, she is also the director of business development at GeoSim. She gained wide recognization after getting married to Joseph Gordon-Levitt, an actor.

Tasha McCauley is married to Joseph Gordon-Levitt, an actor, filmmaker, and singer. For the first time, the couple met each other in 2013 and then started dating each other.

Tasha McCauley was born in the United States. But she hasn’t disclosed her exact date of birth and any information regarding her parents and other family members yet.

In order to pursue higher education, Tasha attended the Santa Monica High School but again transferred to Crossroads High School and completed her graduation in 1996. Furthermore, Tasha received Bachelor of Arts degree from the Bard College in 2004.

In 2011, Tasha graduated in robotics from Singularity University in San Jose, California. Likewise, she attended the University of Southern California Marshall School of Business in 2013 and grabbed the MBA degree in 2014.

Before completing graduation in robotics, McCauley taught Robotics and Artificial Intelligence at Singularity University at NASA Research Park in 2010. While working there, she taught about the latest technologies and the also about the rapidly accelerating technologies.

Later, in 2011, Tasha became the Director of the Autodesk Innovation Lab, at the Singularity University. In the same year, she co-founded the company named Fellow Robots. It is a robotic research company, based on the NASA Research Park in San Jose, California.

Youtube: Tasha McCauley talking about The Power of Exponential Technologies

Afterward, she became the CEO of the company. But in 2014, Tasha left her job at Fellow Robots. Currently, Tasha is working as the Director of Business Development at GeoSim Systems that creates virtual models of cities.

Likewise, her husband Joseph Gordon-Levitt is a popular American actor, a filmmaker as well as a singer. Joseph is better known for his roles in movies including Star Wars: The Last Jedi, (500) Days of Summer etc and also in television series like Comrade Detective, Comedy Bang! Bang! etc.

A talented robotic artist Tasha McCauley is married to Joseph Gordon-Levitt, an actor, filmmaker, and singer. For the first time, the couple met each other in 2013 and then started dating each other.

After a year, they decided to take their relationship to the next level and finally tied a knot on 20th December 2014, in Los Angeles, United States. The couple welcomed their first son on 15th August 2015 and second son in June 2017. But they haven’t revealed the name of their sons.

Tasha McCauley with her husband and son, Source: Zimbio

The couple is living happily together and there is no any sign and rumors of their divorce.

Tash McCauley earns the good sum of money in her career. Being such a talented robotic scientist as well as the founder of the renowned robotic company Fellow Robots Tasha McCauley surely has an astonishing amount of salary.

Allocating information from several sources as of 2018, it is estimated that her current net worth is around $10 million. Likewise, her husband Joseph has the net worth of around $35 million.

Currently, Tasha along with her family resides in Los Angeles, CA. The house covers 3,771 square feet and has 3 bedrooms and 4 bathrooms. The price of the house is around $3,250,000.