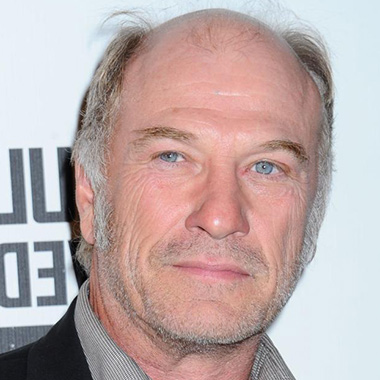 “Take life slowly and deliberately, making sure to acknowledge the people who have helped you succeed along the way.”

Ted Levine was born on May 29 1957 in Bellaire,Ohio.He is an American actor.Her parents are Milton and Charlotte Levine.They both were doctors and was also a member of Physicians for Social Responsibility.He belongs to Russian Jewish and Welsh heritage.He describe himself as hillbilly Jew.He was raised in Oak Park,Illinois. He studied at Marlboro College in 1975.He was fixture at Chicago theattre scene.He later joined Remains theatre.The theatre was founded by William Peterson and Gary Cole.

After he joined the theatre he gained some experience in stage.Since 1980 he started finding the roles in film and television due to his energetic performance. Ted fought for the land which was inherited from his father Dr.Milton Levine.He petitioned Superior Court Division of Onslow Country,North California to force a public sale auction on Jacksonville North Carolina court to former Holly Ridge Smokehouse Resturant building.Later the building and land was sold for $325000 which is a highest bidder to Tract Investments.

He got his breakout role in the Silence of the Lambs as Buffalo Bill.In certain periods he only used to get the villainous types of role.After playing many villian roles he got the role of playing positive characters as Al Pacino’s positive unit in Heat.He then acted as astronaut Alan Shepard in the series From the earth to the Moon.He then acted in The Fast and the Furious as Paul Walker’s police superior Sergeant.He then played as Mare Winningham’s  husband in the drama Georgia.This  role was his one of most sympathetic roles.In 2001 he the voiced in Joy Ride animated movie.In 2003 he played as Detective Sam Nico in Wonderland which was based on gruesome murder in Hollywood Hill.He then co-starred as Captain Leland Stottlemeyer in the series Monk from 2002 till 2009.The sereies starred Tony Shalhoub.

He has a voice in many movies and they are: as Sinestro in Superman: The Animated Series, Static Shock, Justice League, and Justice League Unlimited. He was also seen playing a role in the remake of the Hills Have Eyes. With Denzel Washington and Russell Crowe, he acted in American Gangster. Later in the same year, he also played in The Assassination of Jesse James by the Coward Robert Ford. In 2010 starring Leonardo DiCaprio he acted as the warden of the island prison in Shutter Island. He then acted as Sheriff Bloom Towne with Spencer Treat Clark and Nick Eversman in Deep Dark Canyon. He then acted in the series The Bridge as Lieutenant Hank Wade. In 2008 he was nominated as outstanding performance for movie American Gangster in Screen Actors Guild Awards.