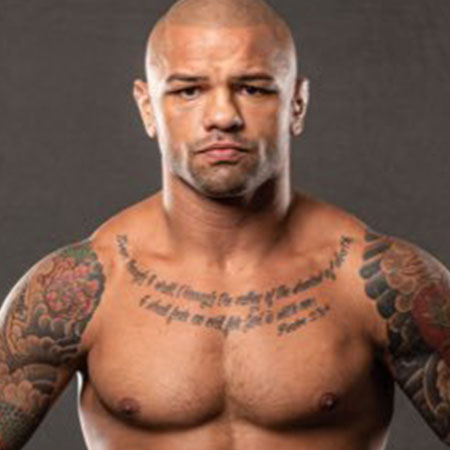 Thiago Alves is one of the renowned Mixed martial artists who competes as a welterweight in the Ultimate Fighting Championship. Besides, he is also better recognized for being the Fight of the Night for two times, Performance of the Night and Knockout of the Night at UFC.

The talented mixed martial artist seems like a married man as he often posts pictures of himself with his baby boy on his Instagram accounts.

In this digest, we will be revealing about his detail personal life, comprising, his career, early life, salary, and net worth. Scroll down to know more!!!

Thiago Alves was born on 3rd October 1983, in Fortaleza, to the Brazilian Parents. Regarding his nationality, he is Brazilian and is of mixed ethnicity.

Thiago Alves started his fighting career at the age of 14. In the beginning, he learned Muay Thai to get in better shape before transitioning to mixed martial arts.

Later on, Thiago Alves made his MMA debut and won his first MMA match as an amateur defeating an opponent who was a full decade older. At that time, he was just 15 years old.

By 17 he was training in MMA and by 19-years old, he moved to Coconut Creek, Florida to undertake full-time training at the American Top Team facilities. Thenceforth, he has faced numbers of fighters and for his incredible fighting skills, he earned the nickname of Pitbull.

Thiago Alves is very secretive when it’s about his personal matters. He has not shared much information about his love life to the media. However, scrolling his Instagram accounts, she seems like a married man and also a father of a child.

He often posts pictures of his partner along with their child. More recently, he has shared a picture of his loved ones on his Instagram accounts captioning “Happy 2 Years anniversary” which means the couple tied the knot around 2015.

The couple seems to be living a single life as they have kept themselves away from the extra love affairs with no rumors of a separation.