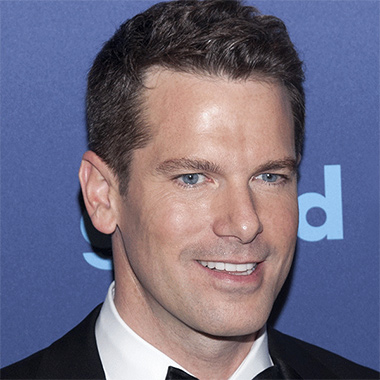 Likewise, Roberts was also the NBC News correspondent as well as a fill-in anchor on Today and NBC Nightly News. Roberts is gay and is married to his partner Patrick D. Abner.

What Is The Net worth Of Thomas Roberts In 2019? Salary, Income

Thomas Roberts earns an astonishing amount of money from his successful career as a journalist. He is involved in the same field for long and has worked for several popular news channels.

Roberts earns an average annual salary of around $500 thousand from his career. Furthermore, his estimated net worth as of 2019 is reportedly around $2 million. As of now, he is living a luxurious life with his partner.

Moreover, he a pet lover and owns a dog. On his vacations, Roberts often visits new places with his friends and partner. He frequently shares adorable pictures flaunting expensive gadgets and clothes on Instagram.

Thomas Roberts is gay. He revealed about his sexuality on 8th September 2006 while speaking at the annual convention of the National Lesbian and Gay Journalists Association (NLGJA) in Miami, Florida. 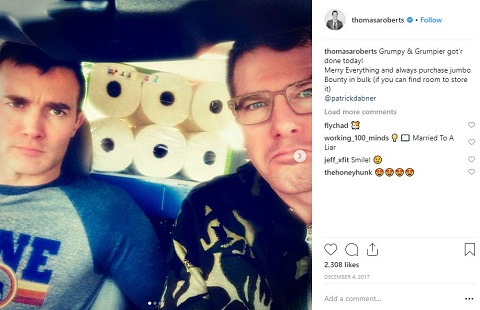 Currently, Roberts is married to his long-term partner Patrick D. Abner. The couple was together since 2000. A day after same-sex marriage was legalized in New York, they got engaged on 25th June 2011.

Finally a year after their engagement, the duo exchanged their wedding vows on 29th September 2012. Since their wedding, the pair are together and are maintaining a peaceful relationship. Roberts frequently shares the pictures of his partner on Instagram.

When Was Thomas Roberts Born? Early life And Education

Thomas Roberts was born on 5th October 1972, in Towson, Maryland, United States. He was raised in a Roman Catholic family. His parents are Michelle Roberts and Albert Roberts.

Roberts completed his schooling from Catholic school and went to Calvert Hall College for the high school studies. Later, he went to McDaniel College and graduated in 1994 with a degree majoring in communication and a minoring in journalism.

As soon as Thomas Roberts completed his college, he got his first job working for a small cable station in Westminster, Maryland as a reporter. Later, he moved to San Diego, California for working as a field producer and a writer for NBC affiliate KNSD. Later Roberts moved to Lincoln, Nebraska, and started working as a general assignment reporter for ABC affiliate KLKN-TV.

Afterward, Thomas started his work as a news anchor and night investigative reporter for Fox affiliate WFTX-TV, Fort Myers, Florida and then for WAVY-TV for the same position. Later, he worked as a co-anchor and consumer correspondent for the same channel.

Thomas Roberts worked for CBS News as a correspondent and did entertainment programs like Entertainment Tonight and The Insider. In December 2001, he joined CNN located in Atlanta, Georgia which is a cable-news channel and became a weekly anchor on CNN Headline News with Judy Fortin, Sophia Choi, and Kathleen Kennedy as co-anchors. His major news coverages include 2003 Space Shuttle Columbia disaster and the Iraq War.

On 1st May 2007, Roberts resigned from CNN and came back to journalism as a freelance anchor for MSNBC in April 2010. In December, he became a full-time anchor for MSNBC and then for NBC as well. However, on 18th November 2017, Roberts left MSNBC for other endeavors.

Besides journalism, Thomas Roberts once became the co-host of the 2013 Miss Universe pageant shows along with Melanie Brown. He received the Edward R. Murrow award in 2001 and was nominated for an Emmy Award for his investigation into a local puppy mill in 2002.