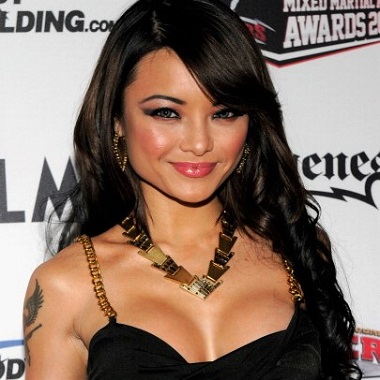 Thien Thanh Thi Nguyen is an American television and former reality TV star best known by her stage name Tila Tequila.  She is also a famous social media personality and gained recognition from her active presence on social networking sites. Tequila is the renowned personalities in cyberspace, breaking records on MySpace with over 1.4 million friends as well as in Facebook.

Nguyen was born on 24 October 1981 in Singapore and raised in Houston. She was born to French-Vietnamese parents settled in Vietnam after the war and is the youngest of the three siblings.

The reality TV star was nicknamed “Tila Tequila” by her friends due to her allergy to alcohol.  At the age of 16, Nguyen eludes to New York for several months, and in the same year, she experienced a drive for a shot in Houston.

Subsequently, she reported of being pregnant and suffering from a miscarriage. Nguyen graduated from Alief Hastings High School in 2000. In 2001, she moved to California to pursue her modeling career.

Pop sensation Tequila began her career at the age of nineteen when she was discovered by the international magazine editors, and since then she graced the covers of numerous magazines including Maxim UK and Stuff. Tila was also listed on Maxim Magazine’s “Hot 100” list, and has been featured in Rolling Stone’s “Hot Issue.” Apart from modeling, Tila has a keen interest in music as well; she has recorded with numerous producers including Lil Jon, Junior Sanchez, and Leor Dimant. 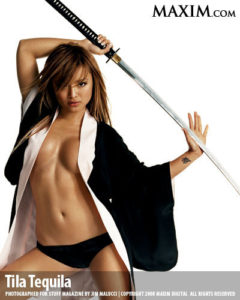 Tila Tequila in the cover of MAXIM
Source: DesertCart

Tequila has made numerous television and film appearance inclusive of a cameo opposite Adam Sandler in the Universal Pictures feature I Now Pronounce You Chuck & Larry (2007). In 2007, her reality show, A Shot at Love at Tila led to a heated online debate between her and conservative Christians.

Her debut single I Love You was released in 2007 and got mixed reviews. Later that year Nguyen released her second single Stripper friends and released to iTunes in March 2008.

Nguyen started a website named TilaHotSpot.com in 2001, which later changed to Tila’s Hot Spot. The site featured information, quotes, blog and pictures which required adult verification and a monthly fee, then to promote her career site was updated to feature all-ages content and information.

In 2015, Tila also launched a site featuring her custom line of clothing for men and women TilaFashion.com. The following year she also started another website named TilaZone.com that featured content to use on social networking sites. Nguyen has also launched a dating website with Joe Francis called TilasHotSpotDating.com in 2009 aiming people 18 and above. In 2010, she also started a celebrity blog site, Miss TilaOMG.com which later switched to her personal blog in 2012. 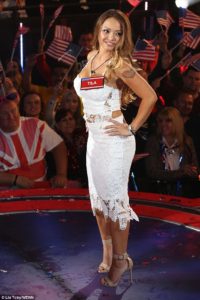 In 2015, she revealed about her new music and posted a short clip of the song Drunk Dialing on her Instagram and captioned to be released by the end of the year. In August, Nguyen was the contestant on the Sixteenth season of the reality series Celebrity Big Brother. The confirmation of the release of her single would be released on December 4 by Tequila and her management also announced her own line of e-liquids for vaporizers with Blaze Vapors.

Currently, she has started doing Live vlogs on her YouTube channel and shared this on her Facebook account captioning “I have started doing daily LIVE vlogs again on my YouTube channel discussing a wide range of topics that I’m sure you’d be interested in! Please make sure to subscribe so that you get notifications whenever I go live! Check out all the new videos I have posted up so far! See ya at my next live broadcast!”

Tequila was linked to Bobby Banhart the winner of her dating show A Shot at Love with Tila Tequila. During a broadcast of her MTV special Tila Tequila’s New Year’s Eve Masquerade, she revealed about her breakup through the phone conversation with Bobby. Tequila later came out as a lesbian rather than a bisexual and in 2008 Tequila dated Courtenay Semel, daughter of Yahoo! CEO Terry Semel. Shortly, the pair got separated and was engaged to heiress Casey Jhonson in December 2009.

Unfortunately on the 4th of January Casey was found dead due to Type I Diabetes which she had suffered for a long time. Tequila began dating musician Thomas Paxton Whitaker in 2013, ended soon due to financial problems. On 2014 she gave birth to her daughter with Whitaker and named her Isabella Monroe Nguyen. 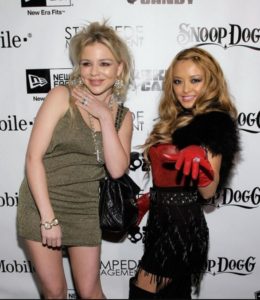 One of the most popular social personalities on the web, Nguyen has appeared in a handful of films, TV series as well as international magazines. Tequila has been releasing her single as well as uploading videos on her YouTube Channel. This Singaporean-born reality star, Tila ‘Tequila’ Nguyen has an estimated total net worth of $1.5 Million.