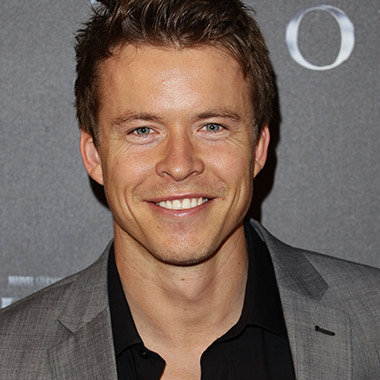 Todd Lasacne is one the phenomenal and a great Australian actor. Being born on 17 February 1985, he is well known for his roles in television productions like Cloudstreet, The Great Mint Swindle and Underbelly. He has great acting skill and has many fans followers. In this young age, he has struggled a lot for the success he has gained now. He is the son of father Robert and mother Jan Lasance. He has an elder brother named Chad. His popularity took off from his first work in Home and Away.

Todd Lasacne was born in Newcastle, Australia. His real name is Todd James Lasacne but is known as Todd Lasacne. He went to study in St. Philip’s Christian College. For his Higher School Certificate, he studied drama. He had passion for drama and acting since his childhood. He acted in many plays and dramas during his high school. He was quite popular in his school because of his acting and personality. Many girls in the school wanted to be his girlfriend. He completed his graduation in the Screenwise 12 Month Intensive Showreel Course in Sydney. In December 2008, he gave a short acting course for the young students in there.

Talking about his career, Todd Lasacne started acting debut from the teen drama television series called “Blue Water High” in 2006. Later in 2007, Lasacne was casted for another television series “Home and Away”.  He acted in the role of Aden Jefferies and the role is recognized as his breakout role. He gained popularity after acting in that series and had many fans afterwards. He even won the Most Popular Actor award in Silver Logie in May 2009. In December 2009, he left for America to pursue his acting career.

Todd Lasacne made his film debut in the film Fool’s Gold. He got to do small role in that film but people started to recognize him. After that he played in many Australian television series. His acting was loved by his fans. He acted in “Underbelly”, in which he played a role of the detective Dean Thomas, “Cloudstreet” which was based on the Tim Winton novel, “Rescue: Special Ops”, “Crownies” and in 2012 he did a role of Julius Caesar in the third and the final season of the American action television series “Spartacus: War of the Damned”.

On 10 August, 2008 Todd Lasacne had a car accident with an elderly woman. He was driving his Toyota Supra with his friend and the woman was in her Honda Civic. Both the friends escaped that accident with minor injuries but the woman driver was taken to the hospital in a serious condition. Later she recovered very well and got discharged from the hospital. Lasance had also got arrested on 12th December 2009, for custody of cocaine at a Kings Cross night club. As per the punishment, he had to serve a 12-month good behavior bond. He has been in many news and controversies.

Not only he has great acting skills but also has a great height and body. Todd Lasacne has an amazing height of 6 feet. He has a broad chest and sexy abs. He has fit and ripped body. He has millions of fans and followers and in them the number of female fans is huge.