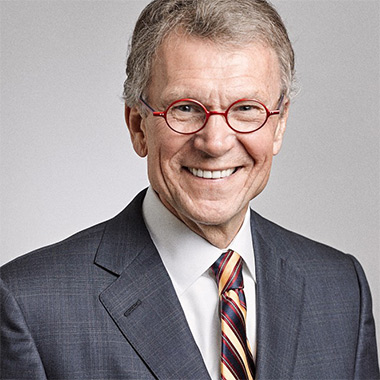 Thomas Daschle was born on December 9, 1947, as Thomas Andrew “Tom” Daschle in Aberdeen, South Dakota. He is a member of the Democratic Party, former U.S Senator, lobbyist and former Senate Majority Leader.

Daschle is the son of Sebastian C. Daschle and Elizabeth B. (née Meier) who were both German descent. His mother’s parents were Volga Germans. He grew up in a Middle-class family and he has 3 siblings of which he is the eldest. Not only eldest he is the first to become graduated from college. He did his B.A in political science from South Dakota State University (1969). Daschle also served in United States Air Force from 1969 to 1972 as an intelligence officer with the Strategic Air Command. Between this periods he was also an aide to the then-senator James Abourezk in South Dakota.

Daschle is married to Miss Kansas (1976) Linda Hall since 1984. Previously he was married to Laurie but they divorced shortly after their marriage. His wife Linda is a Washington lobbyist and a former Federal Aviation Administration in Clinton Administration. Her lobbying clients are Lockheed Martin, Boeing, and American Airlines. Daschle has 3 children Nathan, Lindsay, and Kelly.

Daschle won Republican James Abdnor to become a senate in 1986. He was appointed to the Finance committee and also served as U.S Senate Committee on agriculture, Nutrition, and Forestry. In 1998, he was reelected as a senator and won by many votes. He also served on Indian Affairs, Veterans Affairs, Ethics, and Finance.

Tom_DaschleDaschle is the author of the books like “Like No Other Time: The 107th Congress and the Two Years That Changed America Forever” and “The U.S Senate: The Fundamentals of American Government”

In 2001, Daschle was tricked to receive a letter containing anthrax. Later on the anthrax mailer, Bruce Ivins was arrested. Daschle also voted in favor of partial-birth abortion.

In 2004, Daschle was defeated by John Thune in Senate election by 4,508 votes. After facing defeat he became lobbying arm of K Street law firm Alston& Bird as a special policy advisor. His salary was $2 million in 2008.

Daschle was honored by South Dakota University with an honorary doctorate for public service. Northern State University also honored him with Doctorate of Humane Letters.

In 2007, Daschle supported Barack Obama when Obama was Senator. Daschle was the main advisor to Barack Obama on his presidential campaign. Daschle continued to advise and consult Obama until Obama become the 44th President of the United States.

Obama Nominated Daschle for Health and Human Services Secretary. There were issues about a tax that Daschle did not pay. In 2009 he paid $140,167 which he owed to the United States for three years. He also made tax deductions for the amount of money that he donated.?