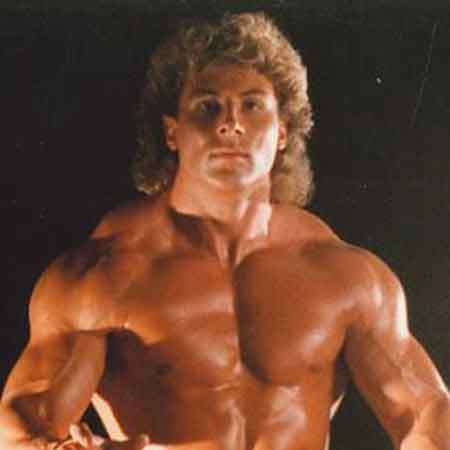 Tom Magee is a one of the Canadian powerlifter and strongman who is best known for winning Defi Mark 10 Canadian Nationals and Le Defi Mark Ten Challenge, International championships. Besides, he is also 1981 and 1982 Canadian National Powerlifting Champion as well as an actor of renowned film, Stone Cold.

Tom Magee was born on 1st July 1958, in Winnipeg, Manitoba, to Canadian family. At his early age, he was involved in martial arts. However, he quit it and went to bodybuilding and powerlifting. Moreover, he was also good in boxing as well as in karate. Regarding his nationality, he is Canadian and is of mixed ethnicity.

Magee began his career as a wrestler in the late 1980s. He fought for the World Wrestling Federation and also in Japan. At that time, Stu Hart was his trainer. In addition, he also wrestled in Stampede Wrestling and All Japan Pro Wrestling.

However, he quit wrestling and focused on powerlifting. Magee gained an exposure after winning a Canadian National Powerlifting Championship in 1981 and 1982.

The 59 years old powerlifter, Tom Magee is very private when it’s about his personal life. He has not disclosed any information about his family and love life.

More recently, the World Powerlifting champion was a victim of a major assault near his home in Mar Vista California which suffered a broken jaw, broken eye socket as well as a concussion.

[ CAPTION: Tom Magee beat up by six men at parking spot near his ][ SOURCE: popculture ]

According to his neighbor, he was beaten by six men at a parking spot. The reason behind the dispute over who was allowed to park in this spot.

The 1981 and 1982 Canadian National Powerlifting champion, Tom Magee has accumulated a good sum of money from his powerlifting career. Allocating information from several sources as of 2018 it is found out that Tom Magee current estimated net worth is around a million dollar.

The talented powerlifter has kept himself away from social networking sites like Instagram and Twitter. Due to which, it has made harder to know more detail about his lifestyles including cars collection and houses. Reportedly, he resides in Mar Vista, California.