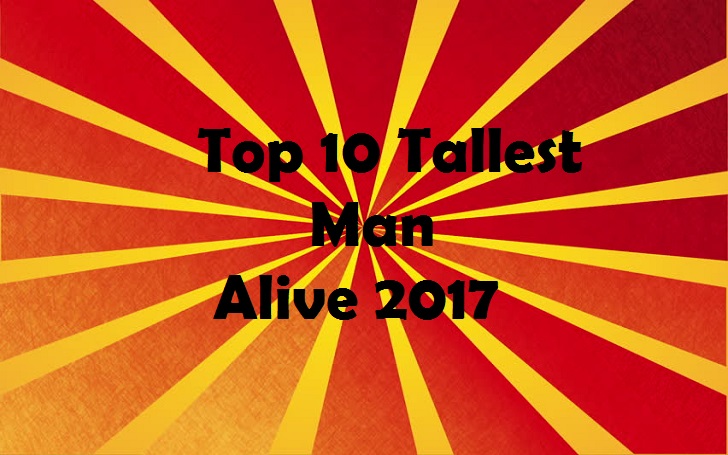 Why are some people taller than others? Do you know the reason? No, then the recent study of 700,000 people has revealed 83 DNA changes which have a big impact on height. Scientist accounted that 27.4 % of the heritability of height is mostly explained by common variants. Have you found any around you?

So, today we will be talking about top 10 tallest men alive in the world, so without any delay let’s get started.

Sultan is the tallest man alive today with a height of 8 feet 3 inch. He is from Turkey and is the 5th tallest human who has ever lived.

Sultan is a farmer in Turkey and has held the Guinness World Record for the tallest living male at 251 centimeters. His great height was a result of a tumor that affected his pituitary gland but luckily he was benefited from the marvels of modern medical techniques which was provided by doctors at the University of Virginia Medical School.

And at present, the tallest man alive is enjoying a completely healthy and normal life.

Brahim joins as the second tallest man living in the World today with a height of 8 feet 1.1/4 inch and is recognized as the person having the largest feet in the world. His custom-made shoes cost up to $750.

He also had worked as a model and he hopes to land giant roles once he gets his 1st big break in the business show.

Morteza Mehzrad is the World’s Tallest Paralympian with a height of 8 feet 1 1/4 inches. He was born in Iran in 1987.

Morteza was a normal people with a height of 6 feet four inch but after an accident on his bicycle which injured his pelvis and frequently he began growing higher and higher.

However, his right leg did not grow with the rest of the body so he is unable to walk normally without assistance.

Dharmendra Pratap is an Indiana who is a sufferer of a rare condition called acromegaly which results in extreme height and other medical condition.

His height is 8 feet 1 inch. Due to his extreme poverty, he is suffering from malnutrition and is only 70 kilogram.

Zhang Juncai is a former World’s Tallest man but he has never been officially measured by Guinness World records. His height is 7 feet 11 1/4 inch.

However, he is the Worlds Tallest man but the information regarding his height is somewhat scarce.

Ajam is a Pakistan farmer and can you believe that he is not yet verified for being the world’s tallest living person. His height is 7 feet 11 inch.

The 41-year-old Ajaz suffer from a hormonal dysfunction and claimed that he still be growing. If that’s the case, then soon, Ajaz may reach the first place of the list.

Bao is a herdsman from Inner Mongolia, China. He is recognized by Guinness World records as one of the worlds tallest living men. His height is 7 feet 9 1/4 inch.

He was normal until the age of 16 but he suddenly experienced a seven-year-long growth spurt that concluded in his extreme size. He feels difficulty in walking but has enjoyed good health and is living happily.

Basketball lovers, we are talking your’s all favorite Sum Mingming. He had played many minor leagues in the US.

Sun’s wife is also a professional basketball player and can you believe that she has a height of 6 feet 2 inch and Sun’s height is 7 feet 9 inch.

And Guinness World Record awarded the pair the title of The Worlds Tallest Couple in a ceremony in London, England.

Broc Brown is from Jackson, Michigan. He is suffering from Sotos syndrome which is also known as cerebral gigantism, a genetic disorder that can cause extreme growth in childhood and affects one in 15,000 peoples, but it doesn’t last long and many sufferers end up with a normal height.

Brendan was born in Washington in September 1995. When he was just 2 month his parents noticed that he was growing faster. By 8, he was 5 feet 8 inch.

He was the Worlds tallest teenager and there it seemed to be no end in sight to his constant incredible growth.

So they were Top 10 tallest men alive. For more updates be with us Dodoodad.com.