Skip to content
Home » Gossip » Top Five Facts You Should Know about Finn Wolfhard, Know All

Top Five Facts You Should Know about Finn Wolfhard, Know All

Finn Wolfhard is a Canadian actor who is best known for his role in the Netflix original television series Stranger Things. It is said that when child actors act well they’re just reacting to a situation and they’re acting very real because their life experience is so short: there’s no history to fall back on.

And this saying is absolutely true. Don’t you think so? Well talking about this child actor, he’s hitting the big screen in Stephen King‘s “It”. Wanna know more about him? Here are five things you may not know about the young actor.

Finn Wolfhard was born on 23rd December 2002, in Vancouver, Canada. He started his career in acting on Craigslist. He also has played some of the small roles in Supernatural, of Jordie Pinsky. He also has played in Stranger as Mike and the role earned him a SAG Award for Outstanding Performance by an Ensemble in a Drama Series.

Finn Woflhard got an acting gig from Craigslist

It’s 100% true that the stunning child actor, Finn Wolfhard landed his first gig on Craigslist. During an interview with DazedDigital, he said that he’s always been interested in acting and his parents fully supported him and let him try his hand at acting.

Finn Wolfhard was sick in bed during an audition for Stranger

Finn Wolfhard was stuck in his bed during an audition for Stranger but he refused to miss the grand opportunity and he did what any determined actors would do.

Finn Wolfhard is not the only actor in his family

Finn Wolfhard is not only the actor in his family, his elder brother, Nick Wolfhard is also actor since 2013. Nick has been featured in both shorts as well videos but he is most prominent as a voice actor. He has been a voice actor for anime TV series Beyblade Burst and World Trigger.

The young actor, Finn Wolfhard made an impressive amount of money. The season 1 had 8 total episode and season 2 has total 9 episodes and totaling a little more than half a million dollar in salary only from the Tv series for Finn Wolfhard. 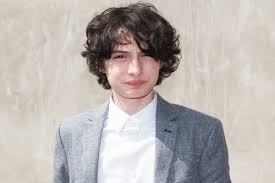 Finn Wolfhard started the Toronto based band with his three friends. During an interview with Young Hollywood, the band said some of their biggest influence is Billy Joel, Mac DeMarco, and Twin Peaks.

Finn Wolfhard with his band

Here’s the end of our discussion about the stunning child actor, Finn Wolfhard. And which of the facts made you shock, let us know by your comment below.