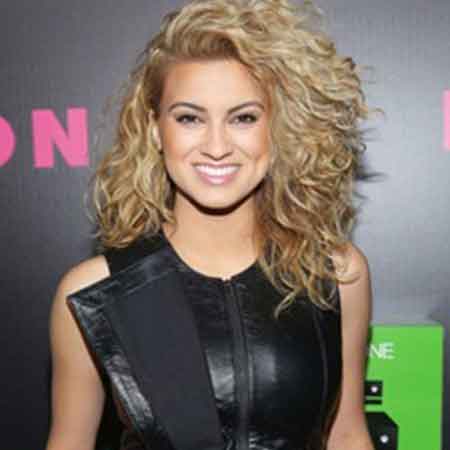 The breakthrough Artist Award winner, Tori Kelly is an American singer, songwriter, record producer and actress. Kelly is widely known for sharing music videos on her Youtube channel. Her debut album Unbreakable Smile released in 2015 was picked at number two in the US.

Tori Kelly was born on 14th December 1992, in Wildomar, California, United States. Her birth name is Victoria Loren Kelly. She is the daughter of Allwyn Kelly and Laura Kelly. Kelly grew up along with her younger brother, Noah Kelly born on 29th August 1996.

Kelly’s parents exposed her to a variety of music since her early ages. Kelly attended the Chaparral High School.

Kelly’s first YouTube video was the cover song of John Wesley Work, Jr.‘s “Go Tell It on the Mountain.” Later, in 2009, Kelly participated in the season 9 of the American Idol in Denver, Colorado but she wasn’t able to reach the “Top 24” of the artists. Well, Kelly released her first Ep entitled Handmade Songs by Tori Kelly on May 1, 2012, and got a wide success.

Along with her successful career, Tori Kelly has a successful married life too. Well, she is married to her boyfriend, Andre Murilo. Andre is a German basketball player. The duo dated for several years before getting married.

They got engaged on September 29, 2017. And after few months of their engagement, the couple shared their vows on May 20, 2018, in a private ceremony. The 25 years old Kelly shared a beautiful picture of their wedding on her Instagram.

Although the couple is already married, they do not have any kids and further, they haven’t mentioned any plans of having children. Besides, this there are no any rumors of their divorce as well as extramarital affairs.

The Breakthrough Artist Award winner Tori Kelly is living a lavish life. Kelly has released several songs and albums and has earned a good sum of money from it. As of now, Kelly has an estimated net worth of $3 million.

Kelly owns a dog of Chihuahua breed worth $800-$2000. Moreover, she often visits new places during her vacations with friends and husband.