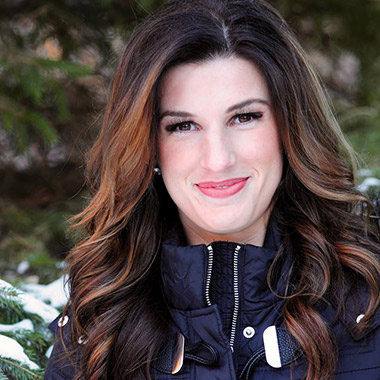 Tracey Anthony is Meteorologist who has been associated with Weather Nation and KUSA-TV since 2015. Prior to working is these networks, she has had experience at other different networks.

Tracey Anthony was born and raised in Minnesota, United States, she loves being outside no matter the temperature as long as there is the sun. During her childhood days, she used to spend time roaming around lakes. She completed her high school education from the local school of Minnesota. When asked what inspire Tracey Anthony to pursue a career as a meteorologist, she said that Weather has always been fascinating her but she never considered to make a career in it.A light bulb went off in her head when one of her friends said that he was studying weather. Immediately she transferred that summer and shifted her major. During her childhood days, she used to be extremely afraid of storms and her dad’s house was flown away by a tornado when he was ten. Her mother used to make her calm, telling that it is not possible for Dad to be in two tornados in one lifetime. Now she is realizing how false that statement though it always made her safe.Weather phenomena have always been her point of attraction since her childhood days, which led her to pursue a career in it. She joined St. Cloud State University in 2009 and studied Atmospheric Science and Meteorology. She graduated with Bachelor’s Degree, Atmospheric Sciences and Meteorology in 2013.

While studying bachelor, she joined WeatherNation, where she worked as an intern. Upon graduation, she started her career at WeatherNation. She held the position of Associate Producer and worked in the same position for 2 years. She also has experience of working as NFL Cheerleader for Minnesota Vikings Football, LLC from May 2013 to April 2014. In April 2014, she finally got a job as a morning meteorologist at WTAP. She worked for WTAP for 9 months. Since 2015, she has been working for WeatherNation as a meteorologist. On the other hand, Anthony has also been working for KUSA-TV as weekend morning traffic. Anthony now feels proud to be an expert on the subject that had always been a matter to be afraid for her in her childhood days. During her career, she has faced various weather conditions and has been making people aware of the disastrous weather phenomena that could hit in near future. Trace Anthony has kept her professional life and personally life far from each other. She has never spoken about her married life, children and relationship in media. Despite her busy schedule, Anthony manages time to update status in social networking profiles such as Instagram, Facebook, and Twitter. She has a huge fan following on twitter and she keeps updating about the weather condition through social networking sites as well. Anthony might have made good money out of her successful career but  an exact figure of her net earnings and net worth has not been revealed.