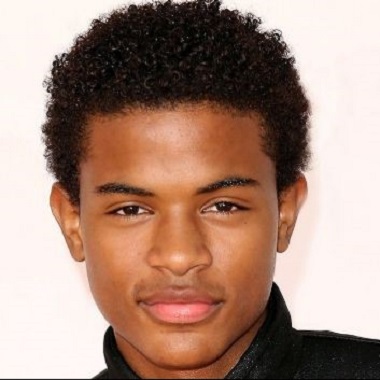 Young Artist Award winner, Trevor Jackson is widely recognized as a great dancer, singer, songwriter, and actor. He is best known for portraying the role as Kelvin Blake on season 4 and season 5 in the television series, Eureka.

Trevor Howard Lawrence Jackson was born on August 30, 1996, in Indianapolis, Indiana, in the United States. He is the youngest son of Cam Baxter and Kevin Jackson. He was raised in the middle-class family along with his two siblings as the youngest son. 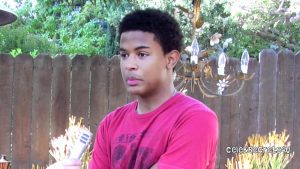 Trevor belongs to American nationality and is of black ethnicity. He was taller among his friends in school and was a basketball player during his early age. He always wanted to be basketball player professionally. But, later he found his potentiality in dancing and pursues his career as a dancer.

Trevor Jackson pursued his career in Entertainment Industry from his early age. He performed as a dancer in his early career in his local town and also nationally.

At the age of eight, he performed including dance routine on Showtime at the Apollo. He began to entertain the audience as a child artist. In 2004, he appeared as young Simba in the musical The Lion King. Following the role, he appeared in many movies.

In 2010, he appeared as guest star in the Cold Case which was noticed by the audience and appreciated. The next year, he appeared in Harry’s Law as Willie Blue, for which he won Young Artist Award for best performance in a TV series.

on the set of Harry's Law! yeaaa boee!

In 2012, he appeared in his debut movie, A Beautiful Soul as Quincy Smith. In the same year, he starred in Let in Shine” as  Kris McDuffy along with Tyler James Williams. He portrayed the role as the best friend of Tyler James who appeared as Cyrus. 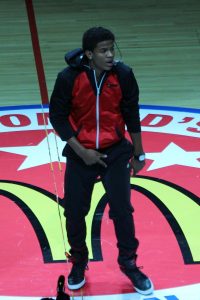 In 2012, Trevor signed a contract with Atlantic Records and release his first album Like We Grown which was a big hit. Again, he released an album named “New Thang” from which, a song called Drop became hit. Even McDonlad used this song for the advertisement.

He also released remix album “New Thang” which was launched in 2014.

Similarly, in 2014, he started posting tracks and behind the scenes of his song production, creating Youtube channel. As a result, he gained many viewers and subscribers from the Youtube Channel. Likewise, on August 28, 2015, he released a video “Like I do “on Billboard which rose his popularity among the audience.

Recently, he joined the regular cast of American Crime as Kevin Lacroix in its second season in January 2016, ABC.

Furthermore, he supports No Guns Allowed Campaign for which he released a cover of Snoop Lion’s single No Guns Allowed in March 2013. He also served The League of Young Voters Education Fund with NBA cares. Likewise, He also worked as a volunteer at the Ronald McDonald House Charities in Chicago.

The versatile and multitalented Trevor is rumored to be dating his best friend, Zendaya. Since 2012, they are in the limelight due to their closeness. It is assumed that Zendaya is his girlfriend. They have been spotted together several times in such a way that, they are more than friends. 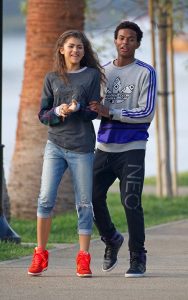 Trevor and Zendaya having fun together

In an interview with Glamoholic Magazine, Trevor reveals that his girlfriend is confident, fun and adventurous, which definitely sounds like Zendaya.

Moreover, Zendaya never minds dating Trevor. As well as, they usually attend a party together as a romantic couple. However, they have not officially announced about their relationship. It is yet to be revealed.

Trevor: The nominated actor for Black Reel Award is a talented actor, singer, songwriter, and dancer. He has appeared in plenty movies and also has released albums which include hit tracks accumulating numerous followers on Youtube.

Trevor has around million followers collectively on his social sites. He is the rising star of Hollywood and has contributed in the entertainment industry as a versatile artist since his childhood days. As of 2017 estimation, his net worth is approximate $2 million.