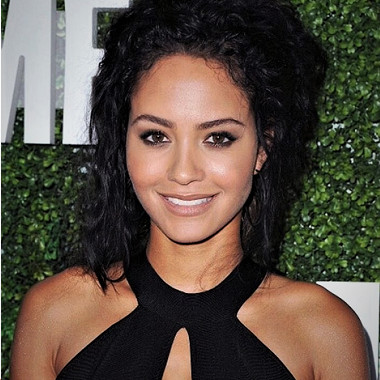 Tristin Mays is an American actress, singer, and dancer. Mays is best known for her role as Riley Davis on MacGyver. Mays has also appeared in a number of other television series such as the Nickelodeon series Gullah Gullah Island and Carl Lumbly’s character in Alias.

Tristin Mays was born on 10th June 1990, in Louisiana. Tristin grew in New Orleans with her parents along with her sibling Jeryn Mays, an American actor. She is African American-French-Indian, Creole. She was raised in New York, she became one of the top child models while working with the Ford Modeling Agency. She completed her education at Louisiana High School.

She was once in a singing group named as Jane3 which was signed to Jive/Zomba. Tristin was cast on TV in Harambee as Angel and a year later replacing Shaina M. Freeman as Shaina in an American musical children’s TV series, Gullah Gullah Island. She performed as Nala in Th Lion King on Broadway.

She appeared in short film, Hot Dog Water and in series like Victorious as Sherry and Kicking It as Vanessa/M.C in 2011. The same year she was a series regular on a web series called FAIL as Alicia along with Vanessa Baden who also co-starred with her in TV series Gullah Gullah Island.

Triston starred in a comedy film, House Party: Tonight the Night as Autumn Rose. She worked as a short associate producer and short first assistant director in a short comedy film, Like She Can in 2014. Triston also had a recurring role for 6 episodes in an American supernatural drama TV series called Vampire Diaries as Sarah Nelson/Salvatore in 2015.

Triston, the young charming girl might have several relationships but she hasn’t mentioned her Boyfriends name yet. She hasn’t married yet. She was also romantically linked up with Roshon Fegan, an actor, as they were spotted in different places and events.

Furthermore, Tristin was also very close with Brandon Mychal Smith. They were spotted kissing each other and were also appeared in ESPY Awards Party together. Moreover, it is found out that she is currently dating DeAndre Yedlin, Soccer player playing for Newcastle United.

Allocating information from several sources as of 2018 it is found out that Tristin Mays current estimated net worth is around $1 million with $400K yearly earnings. She has her own company, Trizzio in Riverside, CA, which deals with jewelry, accessories, handbags, and clothing.