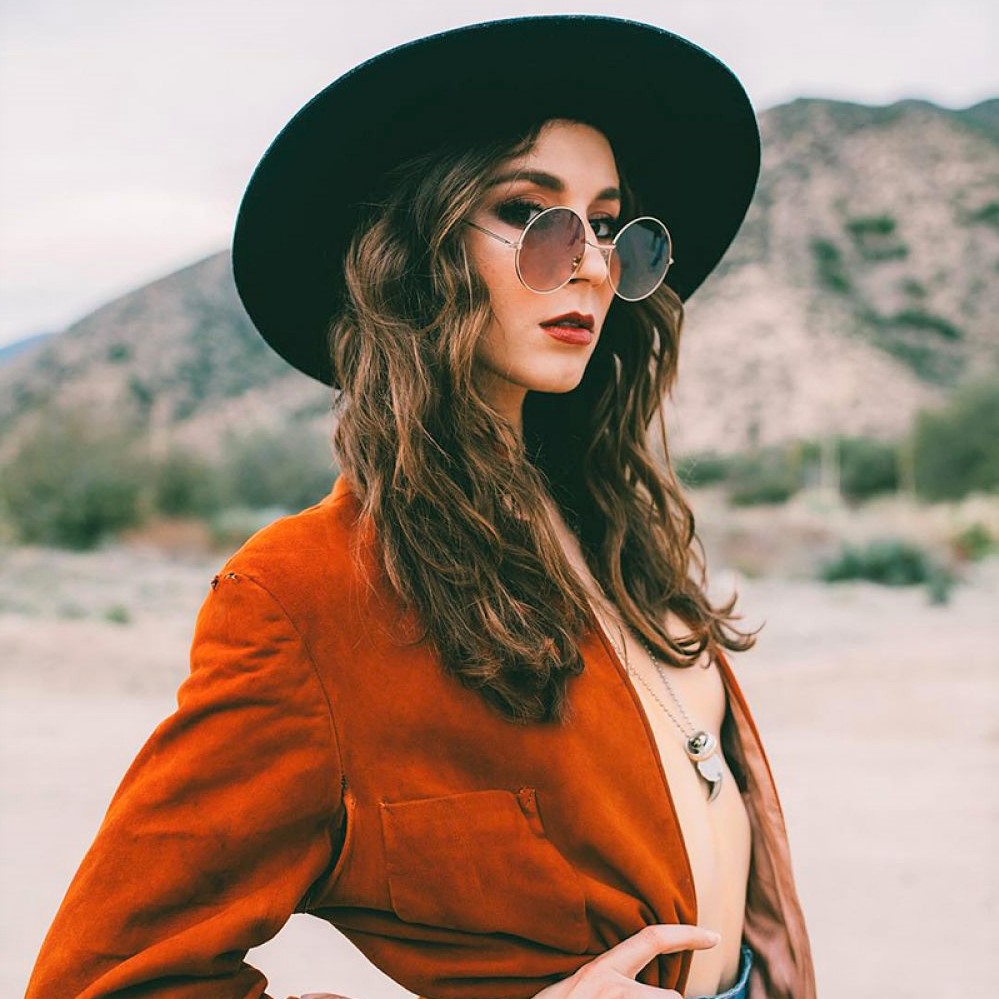 Troian Avery Bellisario is an American actress, who made her acting debut at the age of three, in her father, Donald P. Bellisario’s 1988 film “Last Rites.” Some of her popular TV credits include, “Quantum Leap, “Pretty Little Liars”, “Suits”, “NCIS” and “Sister Cities”.

Patrick J. Adams proposed Bellisario under the Eiffel Tower in Paris and on 10th December 2016 in Santa Barbara, California in front of 200 close friends and families the couple tied the knot.

Troia Avery Bellisario was born on 28th October 1985, to film producer, Donald P. Bellisario, and Deborah Pratt. She was born and raised in Los Angeles, along with her younger brother, three half-sisters, two half-brothers.

Bellisario is the step-sister of actor Sean Murray and producer Chad W. Murray. Her dad is of Italian and Serbian descent while her mom is of African-American and Creole descent.

Bellisario was educated at Campbell Hall School in North Hollywood, California from nursery till 12th grade. In 2009, she received a Bachelor of Fine Arts degree from the University of Southern California.

After her debut film Last Rites, Bellisario guest-starred on various TV series like tequila and Bonetti,  Quantum Leap, JAG, NCIS, and First Monday, from 1990 to 2007. In NCIS, she played the sister of Special Agent Timothy McGee (Sean Murray), Sarah McGee.

In 1998, she co-starred in the film “Billboard Dad” alongside Ashley Olsen and Mary-Kate. In early 2006, Bellisario started appearing in various independent short films such as, “Unspoken,” “Archer House” and “Intersect.”

In November 2009, Bellisario played Spencer Hastings in the TV series “Pretty Little Liars” based on Sara Shepard’s book of the same name. In 2013, Bellisario released her first self-written and creation film “Exile,” which was funded by Kickstarter.

In August 2012, Bellisario was cats in the WIGS web episode series, “Lauren” alongside Jennifer Beals. In 2015, she played the main role in the remake of the French-Canadian film “Martyrs.”

The same year, she and her fiance Patrick J. Adams made a short film entitled “We Are Here in Haida Gwaii,” which she wrote and starred in. Bellisario starred, produced and wrote her semi-autobiographical feature film, “Feed.”

On 7th April 2016, it was reported that Bellisario would be directing Season 7, Episode 15 of “Pretty Little Liars.” This made her one of the first in the cast, with Chad Lowe, to direct a scene in the series.

Bellisario has been in a relationship “Suits” star Patrick J. Adams after they came in contact on the set of “Equivocation” in 2009. The couple split for a short time, however, they got back after Adams’ guest appearance on “Pretty Little Liars” in 2010.

Bellisario and her boyfriend have likewise worked on various films such as “Suits,” “The Come Up,” and “We Are Here.”

American actress Troian Bellisario is currently pregnant. She is expecting the first child with Patrick J. Adams and becoming a mother very soon. At the beginning of January 2014, Bellisario revealed that she experienced personal issues through high school, resulting in a dietary disorder and self-hurting problems.

Troia Bellisario earns a good sum of money in her career. She has featured in several movies and TV series where several of them are successfully hit through which she receives a decent amount of money as salary.

Additionally, Troia also receives a decent amount of money from several fashion lines and brands as an endorsement. Allocating information from several sources as of 2018, it is found out that Troian Bellisario’s current net worth is estimated to be around $3 million dollars.