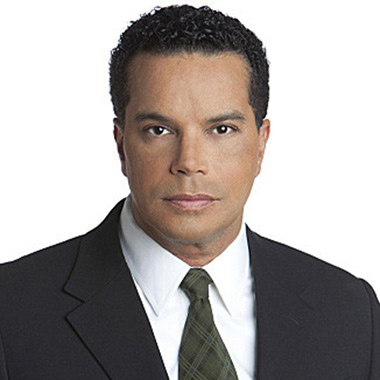 Troy Roberts was born on September 9, 1962, and spent his childhood in Philadelphia, Pennsylvania, United States. He is a famous American television news reporter. He currently resides in New York. Troy studied at the University of California at Berkeley and was graduated from there in 1984 holding Bachelor’s degree in Political Science.

Roberts started his career as a host and producer working in a weekly news magazine at KPIX-TV from 1985 to 1987. KPIX-TV is a San Francisco-based CBS-owned Television Company. He then worked for a Portland-based KATU-TV as a reporter from 1987 to 1990. Later he moved to New York in 1990. He there worked at CBS-owned station WCBS-TV reporting for Channel 2 This Morning. He also became local news segment anchor during CBS Morning News from 1995 to 1996. He then joined CBS News in 1993 as a co-anchor of the overnight broadcast of Up to the Minute. While working there he interviewed many famous personalities and newsmakers. Roberts also worked for CBS Morning News as a co-anchor from 1995 through 1996.

He worked for CBS News reports as an anchor from Winter Olympics which held in Lillehammer, Norway. He covered many other major international and national events. During his work there he covered international events such as signing of inauguration of Nelson Mandela and the Middle East peace accords. In 1996 summer he also reported from the Summer Olympics held in Atlanta.  He also have covered news on presidential campaigns of Bob Dole and Bill Clinton in 1996. He then worked as a correspondent for CBS Evening News and while working there he reported on investigative stories for Eye on America. He have worked reporting for many stations like CBS This Morning, CBS News Sunday Morning and also CBS Evening News with Dan Rather. Later he was hired to work for 48 Hours Mystery as a correspondent in December 1998. He there did exclusive with New York City’s preppy killer Robert Chambers and Max Factor heir Andrew Luster.

Troy was awarded with an Emmy Award for covering the Central Olympic Park bombing. He also uses his social networking sites to interact with his fans. He uses almost all the social networking sites like Twitter, Facebook, and LinkedIn etc. His official Twitter account name is @TroyRobertsCBS. He has 1599 followers in his account and he is following 83 people. He retweets every question which is asked by his fans.

Roberts is now 52 years old. There is no any news about his marriage, relationship, girlfriends or any affairs. His body is athletic build and have pretty good height but there is no any information about his height. He has got black hair which suits his personality very well. His zodiac sign is Virgo. His sexuality is straight.

He belongs to multiracial ethnic background and holds an American nationality and is a respectful citizen. He is a very handsome and attractive looking person. He is admired by all his mates, seniors, parents. He is a very hardworking and responsible person. He is very dedicated to his work. He has not given any opportunity to others for the complaint.