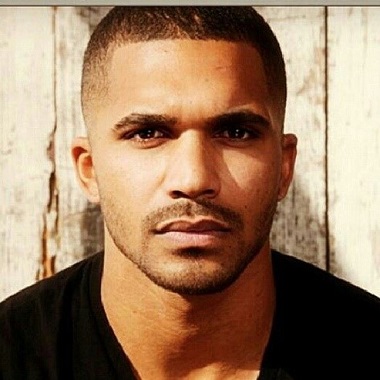 Tyler Lepley is an American actor, renowned for his role as in the series The Have and Have Nots. was a highly recognized movie, released in 2012. He is also known for high-rated television drama, Ringside as lead role Jaxon Holley.

Tyler Lepley, as a handsome and charming personality, has gained lots of woman fan followers. But, it is yet not revealed whether he has a girlfriend or not.

He attended Central Bucks high school West, Doylestown for graduation. During his school time, he was fond of playing different sports like football, basketball, karate, and boxing. He was a brilliant football player during his school days and played football under the name Tyler Dennis.

While in high school, he was selected as MVP, at a sports camp for Villanova University.  Later, he enrolled at Kutztown University on a scholarship as an aspiring football player. However, he was suspended from the University due to minor fight with another player.

Tyler Lepley started his career as a personal trainer at Iron Fitness job in Santa Monica. Before this, he worked in the Gas station, sandwich shop and bookie. With the recommendation from his close friend, he shifted to Los Angeles and worked as a fitness trainer.

After three months, a producer invited him for an audition and instantly got selected due to his heavy personality and dashing look. He got a lead role in the independent horror movie Slumber Party Slaughter, as Tyrese.

After starring in the independent movie, he appeared in CBS’s CSI: Crime Scene Investigation and The CW’s 90210 as Gym guy in 2012. In 2013, he was cast in the Haves and the Have Nots, which raised his identity as the finest actor. He plays the half brother of Tika Sumpter‘s character on this series.

Tyler Lepley attending press launch of The Haves and Have Nots on 8th January 2015.

Moreover, he also appeared as a guest star as Curtis in 2013 comedy  Baggage Claim. His supporting role includes as Victor Reins in Hollywood Chaos. Furthermore, in 2016, he got lead role as Jaxon Holley in Swirl Films Ringside.

In 2017, he starred in Keyshia Cole video as a cheating boyfriend in “You”.

Tyler Lepley, as a handsome and charming personality, has gained lots of woman fan followers. But, it is yet not revealed whether he has a girlfriend or not.

According to him, he is waiting for an angel who would love him as his mother does to his father. In an interview with, The Real, he openly states, his parents were together for 25 years and he also wants something like that. He added this is something challenging.

It is still not clear whether he is dating someone or waiting for the right girl in his life. Tyler Lepley has an athletic body as he loves doing regular exercise and works out in the gym. He has a proper posture with attractive biceps and six-pack abs. All in all, he has a well-maintained body with a towering height of 6 feet.

Tyler Lepley is rising star of Hollywood who has chosen an acting profession and earns a lot from his back to back hit series, movie and music video as well. He is already renowned for the series like ‘The Have and Have Nots and Ringside.

He is successful to gain name along with attractive salary from the different film projects. Allocating information from several sources as of 2018 it is found out that Tyler Lepley current estimated net worth is around a million dollar.