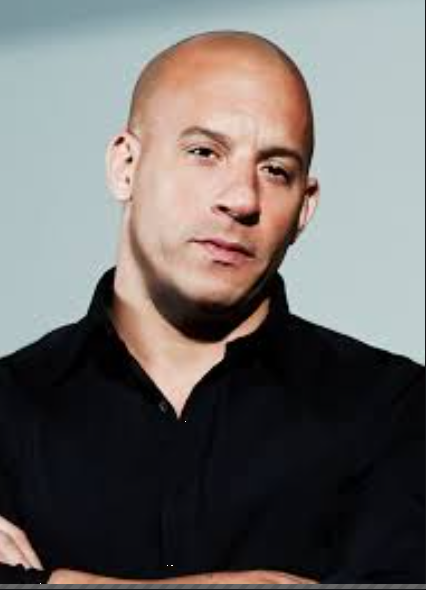 An American actor, producer, director, and screenwriter, Vin Diesel is well-known for portraying The Fast and the Furious film series. He is also the founder of the production companies such as One Race Films, Racetrack Records, and Tigon Studios.

Mark Sinclair well-known by his stage name, Vin Diesel was born on 18th July 1967 in Alameda County, California. He was born to mother, Delora Sherleen Vincent, an astrologer who was from English, German, and Scottish background. He never met his biological father but was raised up in New York City by his mother and African-American stepfather, Irving H. Vincent, an acting instructor and theater manager.

Instead of calling the police, he gave them roles and Vin got involved in the theater. Later he enrolled at NYC’s Hunter College, where he studied creative writing and begin to write for the screen.

Vin Diesel made his debut from the drama movie, Awakenings in 1990 and after few years, he wrote, produced, directed, and starred in the short movie, Multi-Facial which was selected for the Cannes Festival in 1995. In 1998, he was cast in the Oscar-winning movie, Saving Private Ryan in 1998 which bring him in limelight.

Vin Diesel has won the heart of millions of people by his outstanding performance as well as several awards and nomination for different awards. Some of them include:

Additionally, he had also received a star on the Hollywood Walk of Fame in 2013.

Vin Diesel dated several girls in his life. He had also dated his Fast and the Furious co-star, Michelle Rodrguez in 2001. Later, he fell in love with a Mexican model, Paloma Jimenez and started dating each other. The couple welcomed their first child, Hania Riley, in 2008, the second child, Vincent Sinclair, in 2010.

Vin and Paloma welcomed their third child, Pauline, in 2015. Pauline was named in the honor of his friend and co-star, Paul Walker who died in the car accident in 2013. Vin Diesel is also the godfather of Paul Walker’s daughter, Meadow Rain Walker.

Furthermore, Vin is also an investor and has several other businesses. He has Tigon Studios, a Video game development house, has selling branded T-Shirts and Hoodies online, and others.

Allocating information from several sources it is found out that his current net worth as of 2018 is around $200 million.