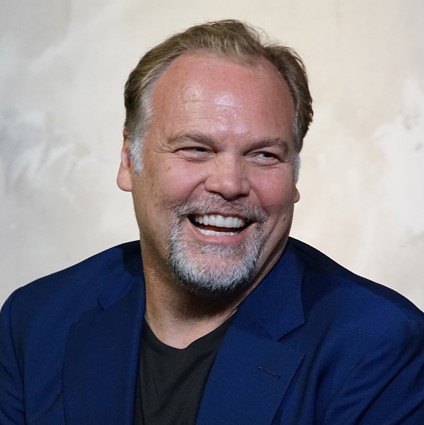 D’Onofrio was born on June 30, 1959, in Brooklyn, New York City, the United States. He belongs to Italian ethnicity, with ancestors from Sicily. His parents, Gennaro D’Onofrio and Phyllis met in Hawaii. His father is an interior designer and theater production assistant, while his mother, Phyllis is a server and restaurant manager. Vincent has two siblings, Antoinette D’Onofrio and Elizabeth D’Onofrio, now an actress and drama coach based in Fort Myers Beach, Florida. 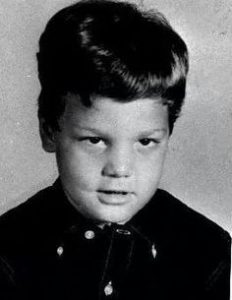 D’Onofrio’s parents divorced when he was young; his mom later wedded George Meyer and would move to Hialeah, Florida. Hence, D’Onofrio became step-brother to Meyer’s children from a previous marriage; Guy Meyer and Connie Meyer.

D’Onofrio, a shy boy who spent a lot of time in his room and later became intrigued by magic and sleight of hand, tricks he learned from Cuban entertainer who runs a magic shop. Growing up, D’Onofrio worked backstage, in sound production and set-building in various community theaters run by his father. He was educated at Hialeah-Miami Lakes Senior High School. 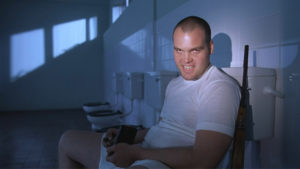 In the wake of exploring the community theater in Boulder, D’Onofrio eventually developed an interest in acting. Later, he moved back to his native New York City to pursue a career in acting. Initially, D’Onofrio searched for stage roles in his off hours. Soon, a series of off-Broadway parts followed and in 1984, D’Onofrio made his Broadway debut as Nick Rizzoli in “Open Admissions.” 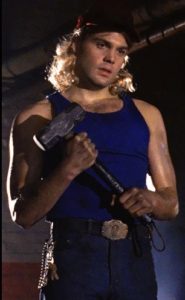 Vincent in Adventures in Babysitting

In 1998, D’Onofrio was nominated for an Emmy Award for his work on the series “Homicide: Life on the Street.”  After three years, he was given a role as NYPD Major Case Squad Detective Robert Goren in the TV series, “Law & Order: Criminal Intent,” a role that would make him recognized for a decade. 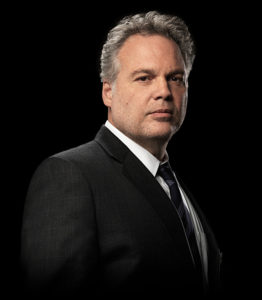 Since leaving “Law & Order” in 2011, D’Onofrio had a busy acting career. His film credits include  “Crackers,” “Kill the Irishman,” “American Falls,” “Chained,” “Fire with Fire,” and “Jurassic World.”

In 2015, D’Onofrio played another remarkable TV role when he was cast as Fisk, a.k.a., “the Kingpin” in the Netflix show “Daredevil.”

D’Onofrio was in a relationship with actress Greta Scacchi, in the early 1990s. The couple starred in several films during that period including “The Player” and “Fires Within.” In 1992, D’Onofrio and Scacchi had a daughter, Leila George D’Onofrio. 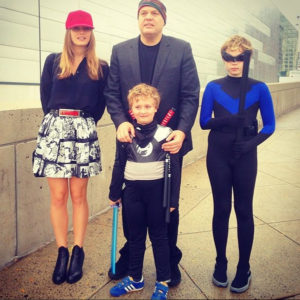 D’Onofrio and his Children at the NYCC Comiccon. Source: Instagram

On November 10, 2004, D’Onofrio collapsed on the set of “Law & Order: Criminal Intent.” The reason for his exhaustion was explained later as his 14-hour days shooting Criminal Intent, combined with the filming of his short film “Five Minutes, Mr. Welles.” 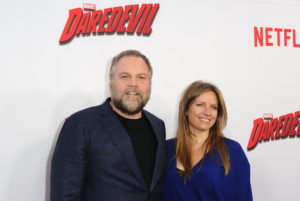 D’Onofrio has a net worth of $40 Million and currently, reside in a townhouse in the Gramercy Park neighborhood of Manhattan with his family.