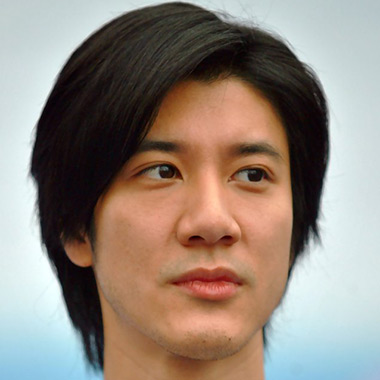 Wang Lee hom was born on 17 May 1976 in Rochester,New York.He is an American record producer,actor,singer,songwriter and film director.His family immigrated from Taiwan and is of waishengren heritage.He is the second son among three sons.Her father was a pediatrician while his mother moved to US for her further college studies.

He then started playing and performing along with his brother. As he grew up he took piano lessons too along with the guitar. He even did part-time jobs to collect money for buying a second hand drum kit. He studied at Road Elementary School. He then joined Pittsford Middle School and later graduated from Pitsford Sutherland High School which is situated in Pittsford, New York. He was very passionate about his career in music. He then attended Williams College and did a double major in music as well as Asian studies.

He later also joined all male a cappella group called The Springstreeters.This group have recorded several demo tracks.In 1995 he was offered a recording contract by Bertelsmann Music Group.He then released his debut album Love Rival,Beethoven December of same year.In same year he signed contract with Decca Records.He was presented as romantic idol to audiences as their previous artist Mavis Fan.After his hardwork and talent in music he was promoted as quality idol in Taiwan.He then in 1996 released his second album If You Heard My Song.He earned many positive reviews to this album from audiences.He then was forced to leave his college for his singing career ahead.

After his fourth release White Paper in 1997 summer,his contract with Decca Records was terminated.He then released his award winning album Revolution under Sony Music Entertainment in August 1998 after he was graduated from Williams College.In first week of release he sold 10000 copies in domestic.His single of Revolution became No. 1 single and was on top 20 songs of the year on Channel V Taiwan.He then released his sixth album Impossible to Miss You in 1999.His 1 million album copies was sold.

His album started attracting international attentions.He than sang the title track Love My Song in Cantonese language which was his seventh album.In 2001 he released his next album The One and Only which received international attention and sold over 1 million units in Asia.His album title single was No. 1 Ringback tone downloaded over a year.His single was hit in Japan too.On May 9 2003 he released Japanese album The Only One.As a rising status in Japan he started acting in several Japanese films.After he released his ninth album Unbelievable he went Asia-wide for the concert tour i.e The Unbelievable Tour.

He received many positive reviews for his ninth album.He started generating his interest towards Chinese music as he travelled to remote villages in China and collected unheard tribal sounds .Along with his brother Leekai as his assistant,they used to carry 15 kg of music equipment.He used to turn all his collected music into R&B and hiphop.In 2004 he released Shangri-La which was sold over 40000 copies within 10 days of release.This album of his was able to catch the interest of many young generation people.In 2005 he released his next album Heroes of Earth.This album contained the taste of Beijing opera and Kunqu.Thsi album became the fastest selling album in 2005 and 2006 which sold over 1 million copies.His album also stayed on No.1 for six weeks.After the three months of his album released he went to Heroes of Earth Tour which was his first major world tour.In 2007 he acted on a movie Lust,Caution which was a thriller film.On June 20 2007 he release his single Falling Leaves Return to Roots through Radio.Later he released Change Me which was a pop rock song.With the help of this album he promoted the issue of global warming and also raised environmental awarness.

He sought US $320000 for plagiarism by Pritam in August 2008,as the lead song of movie Race.He then conducted Hong Kong Philharmonic Orchestra grand finale in November 2008.In 2008 he again went on the MUSIC-MAN Tour.On December 26 he released the studio album Heart Beat.In 2000 he acted in thriller movie China Strike Force with his co-star Aaron Kwok,Norika Fujiwara and Ruby Lin.He then starred in The Avenging Fist as main character Nova.In 2003 and 2005 he played in Moon Child and Starlit High Noon as lead respectively.In 2009 he got chance to star opposite Jackie Chan in Little Big Soldier.He also worked on Blackhat in June 2013.

Wang was awarded with two Golden Melody Awards as best producer and best Mandarin male singer for his album Revolution.He was the youngest one to win the title.After sucess of Revolution he was started being nominated for Best Mandarin male Singer every year.He also won three Best Male Vocalist Award in different award ceremonies.He was also awarded with 1st annual Asia Chinese Music Awards.By his album The One and Oly he was seven prestigious award in 2001 and 2002.

In 2004 he was awarded with Best Producer of the Year Award at Golden Melody Award.For the second time he was awarded with Golden Melody Award as Best Mandarin Male Singer for the album Heroes of Earth.In 2011 he was awarded with Best Male Singer award.In the same year he also won Best Album,Best Newcomer Director and Global Chinese Music Award.He also won MAMA award in 2012.With NGO he sponsors 20 underprivileged children and also participates in raising the funds.He also raised funds for the victim of massive earthquake at Sichuan and Typhoon Marakot.Since 2012 he started doing free shows for his fans.

He got married to his Japanese and Taiwanese girlfriend Lee Jing Lei on November 27, 2013. The couple had their first daughter in July 2014.