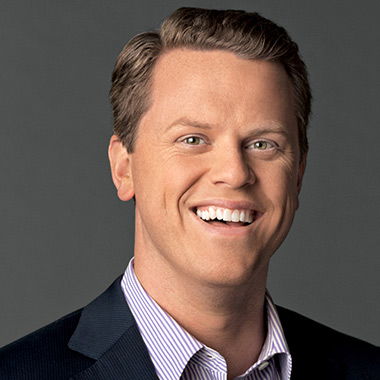 Willie Geist was born on May 3 1975 in Evanston, Illinois. He was born as William Russell Geist to Bill Geist who is a columnist, author and as correspondent at CBS News and to Jody Geist who is a social worker. He is a well-known television personality. He is the older brother of the Peabody Award winning documentary film producer Libby Wildes who is married to Kevin Wildes of ESPN. His great grand-father name is Herbie Lewis who was the captain of Detroit red Wings.

He started his career as a producer and an editor for CNN Sports Illustrated. He was also a reporter and field producer for CNN Sports. While working there he covered The Super Bowl, The Masters and The NCAA Final Four. He later also became producer and writer for I, Max in 2004. I, Max is a short-lived sports commentary show on Fox Sports Net which was hosted by Max Kellerman. He then joined MSNBC as a senior producer of The Situation with Tucker Carlson in April 2005. After Don Imus was fired in April 2007 he co-hosted on MSNBC’s 2-9 a.m. morning time slot.

Along with Mika Brzezinski and Joe Scarborough he became permanent as the co-host of Morning Joe in September 2007. He also hosted Way Too Early with Willie Geist which is a 30 minute program at 5:30 a.m. in July 2009 before Morning Joe on MSNBC. Later substituting Matt Lauer in 2010 he as newsreader and host hosted Today Show. After leaving Way Too early, In November 2012 he was officially announced as the co-host of Today. He also have contributed to NBC’s News coverage of 2014 Winter Olympic Games and NBC Sports. There was once a rumor that on November 19 2014 he was replace from the show Today which NBC completely denies as the false rumor.

“Contrary to conventional wisdom, the blue blazer’s a bit of a loose cannon. A suit decided long ago what it wanted to be, and it doesn’t want to hear your ideas, but a blue blazer only got around to half the job. So it leaves it up to you to find its bottoms. Gray slacks, blue jeans, patterns, white pants and different blue shades all work.”

Personal Life and Other Facts

Geist married his high school girlfriend Christina Sharkey on May 24 2003 in Humacao, Puerto Rico. The couple is blessed with a beautiful daughter and handsome son named Lucie Joy Geist and George William Geist respectively. Lucie was born on June 14 2007 and George was born on July 8 2009.