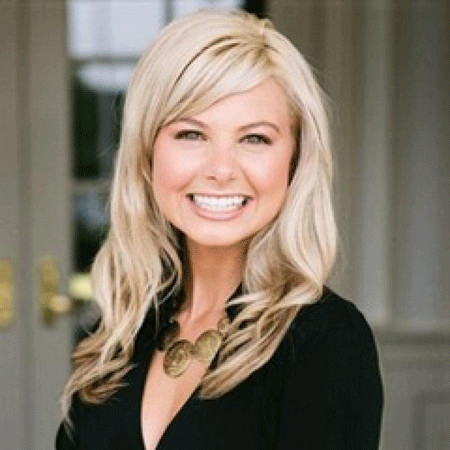 Win met Evans White on a blind date in Lyford Cay, Bahamas. After dating around six-month, the couple engaged and on 18th April 2015, the couple married in Old Fort Bay Club.

Win McMurry was born on 12th March 1983, in Chapel Hill, North Carolina. She is the daughter of Jane Hight McMurry and John E. McMurry, Jr MD. She was raised in Wilmington, North Carolina. Win McMurry grew up watching her father play golf and when she was in high school the one sport she played for her high school was golf, but she was never very good as she did a lot of different things.

Win danced a lot competitively and was really into school and her studies there, so she played a little bit of golf then and then the way she got into doing what she does and working in the golf industry is because she wanted to become a sports broadcaster.

Win McMurry attended the University of North Carolina-Chapel Hill. She is the Post-Graduate Certificate in Business from the Kenan-Flagler School of Business. She has a sibling named Allison Louise McMurry.

Win McMurry began her journalism career serving as a field producer & production assistant at CBS Sports & WCBS-TV. She worked there from December 2005 to August 2007. There, she covered for WCBS-TV and CBS Sports covering the NFL, NCAA Football and Basketball, and the PGA TOUR.

Then, she went to join PGA Tour Entertainment on January 2008, where she worked as a producer, writer, and host of Entertainment’s PGA Tour Today, Monday Backspin, and Morning Movers on PGATour.com.

In January 2010, she left PGA to join Golf Channel as an anchor and reporter. She is the host and reporter at Golf Channel for news and original production shows as well as writer for golfchannel.com.

Win assignments range from live interviews with professional athletes on the course at tournaments to sitting down for in-depth features with celebrities in the entertainment world, which are connected with the game.

Win works both in-studio as host and anchor as well as remotely to report news in the sport and host travel and fashion-based web exclusives relative to the industry. She is Passionate about sharing stories that positively impact our world.

The 5′ 4″  star was in a relationship with 23 times Olympics gold medalist swimmer Michael Phelps. The couple began dating each other in 2013. Their relationship status began to buzz when they went public at the ESPY Awards. However, they broke up after a couple of dates and never revealed the reasons behind ending the relation.

Then, she met Evans White on a blind date in Lyford Cay, Bahamas. Since then their relationship began to pick high, and after dating around six-month, the couple engaged.

On 18th April 2015, the couple married in Old Fort Bay Club. Evans surprised her with a ring inspired by Grace Kelly as they were paddleboarding near the Old Fort Bay Club. When she said, “Yes!” she and her mom, Jane, began planning.

The first night, their guests to an island fiesta, full with a Calypso band, chicken, lobster, steak tacos and s’mores by an open fire. The night was complete with eco-friendly paper lanterns released into the starlight sky.

Win earns a good sum of money in her carer. She was named golf’s “No.1 Beauty” by Sports Illustrated” GOLF Magazine. She was also honored “Miss Fantasy Challenge” by Golf Channel. She has accumulated two Telly Awards for her work as a producer, writer, and host of groundbreaking online content for the PGA Tour.

McMurry works with many foundations, containing OutFox Cancer, Children’s Miracle Network Hospitals, The First Tee Junior Champions Foundation, and the Special Olympics. She surely earns her handsome salary from her career, and her estimated net worth is to be around a million.