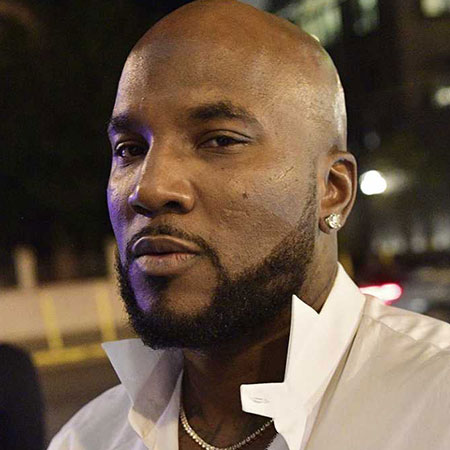 When talk about the rap music, American is a nation that comes in our mind and when we talk about American rap, one should miss the name Jay Wayne Jenkins. Jay Wayne Jenkins, better known for his stage name Jay Jeezy was born on September 28, 1977. Jay Jeezy has gained name and fame as an American hip-hop recording artist from Atlanta, Georgia. Apart from his individual career Jay Jeezy has worked with various hip-hop groups such as United Streets Dopeboyz of America, Bad Boy Record’s Boyz n da Hood. Jeezy is also consider as pioneer of the trap music, the hip hop subgenre along with fellow rapper T..I..

Jeezy boarded on his musical career in 2001 as Lil J releasing Thuggin’ Under the Influence. Later he became member of Boyz n da Hood in 2005. On the same year he released his solo project Let’s Get It: Thug Motivation 101 and its lead single “Soul Survivor” featuring Akon reached top-ten hit in the US. In 2006 he released his second album titled The Inspiration and again yielded chart-topping singles. Besides his own project, Jeezy has also worked for other well-known artists in various hip-hop and R&B hit singles such as with Rihana in “Hard”, with Akon in “I am so Paid” and with Usher in “Love in This Club”. Jeezy featured song  “Love in This Club” reached top position on the US Billboard Hot 100 in 2008.

“Everyday, all day I have to be productive. And when I am not productive. I get concerned.”

Moving to his early life and career, he was born in Columbia, South California and later on moved to Atlanta, Georgia where he spent some times of his childhood days. Due to unhealthy relationship of his parents, they separated and Jeezy moved to various places frequently due to custody. In some interview he has mentioned that he took his childhood as empty. Due to family environment, Jeezy started to use drug and he was sent to a boot camp in Fort Stewart, Georgia Youth Challenge Academy for rehabilitation.

Jeezy has received numerous awards in his musical career. In 2010 he was awarded with Viewer’s Choice award for his work in song “Hard” with Rihana. Similarly, his song “I m So Hood (Remix) was nominated for Best Hip-Hop Video and same song won Best Hip-Hop Collabo in 2008. Jeezy’s works have been nominated in prestigious Grammy Award for four times from 2009 to 2013 except in 2012.

While coming to his personal life, Jeezy seems to have very kind heart. He has opened his house to victims of Hurricane Katrina to help them to have safe place to stay. Later Jeezy’s wife used this as the basis to plead for child support. Before she had claimed that she didn’t have much income and didn’t have asstes and house. Jeezy has been taken to police station many times for his illegal act such as carrying firearm without a permit, copy right issues and terrorist threats. Jay Jeezy has height of 1.75 m and hardworking rapper Jay Jeezy has earned net worth of $15million.