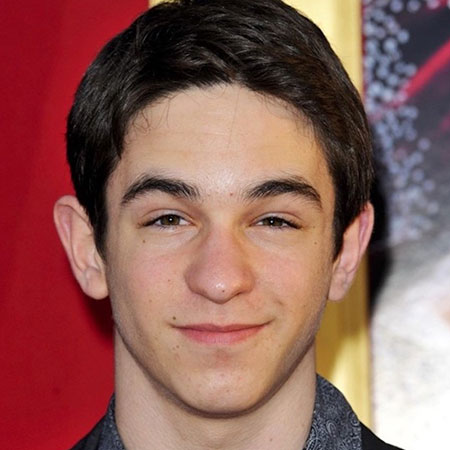 Zachary Adam “Zach” Gordon, often known as Zachary Gordon, has made his identity as an actor. Born on February 15, 1998, Gordon began his career in acting when he was eight years old. He has shown his strong presence in American film and television. Having interest on acting from his childhood days, Gordon has spent years to flourish his acting and has gained name and fame at the early age.

Gordon appeared on screen for the first time in Television series How I Met Your Mother in 2006, where he played role of stacy’s son. He has appeared on multiple television shows including All of Us and Because I Said So. He has also shown his appearance in the 2008 opening of Desperate Housewives, plus two other episodes. He also made his appearance in two episodes of 24 which was aired in January 2009. He has also acted on various film which helped him to uplift his acting career. His films include Sex and Death 101, Georgia Rule, The Brothers Bloom and National Treasure: Book of Secrets and many more.

“I’m not a wimpy kid at all. I don’t care what other people think – I only care what I think about myself.”

Besides his acting career, Gordon has given voice to the animated character Baby Melman in the animated movie Madagascar: Escape 2 Africa. He also gave voice for other character such as Kotaro in Afro samurai: Resurrection, Tony Stark in The Super Hero Squad Show. In June 2010, Gordon played role of Greg Heffley after 20th Century Fox announced a sequel of Diary of a Wimpy. Gordon contributed his voice to the character Charlie Brown, Linus and Franklin for Robot Chicken, the comedy show and also acted as Greg Heffley again. Recently in 2013, he hosted a Mini-Series for Nintendo named Skylander’s Boomcast and talked about the video game series Skylanders on YouTube channel SkylanderGame. In 2013, he appeared in movie The Incredible Burt Wonderstone and acted in role of Pete Kidder in Pete’s Christmas with famous actor Bruce Dern.

Moving to his personal life, Gordon was born to Linda and Kenneth Gordon. He was raised in Southern California along with his two brothers. He completed his high school study in Oak Park and he belongs to Jewish by religion. Gordon prefers to remain silent about his personal life. There has been no any information about his relationship status and affairs. Gordon has made net worth of $2 million at the young age and he considered as one of the future star in Hollywood. Gordon is active in social networking site. He updates about his daily life and upcoming projects in facebook, twitter and Instagram.