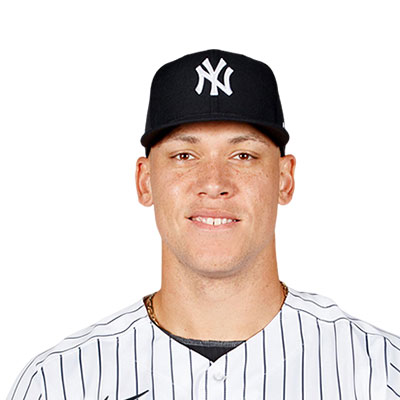 Aaron Judge is an American professional baseball outfielder who currently plays for the New York Yankees of Major League Baseball (MLB). Before that, he played college baseball at the Fresno State. Judge is 2017 baseball All-Star.

The six feet six-inch tall outfielder is currently dating a gorgeous woman, Jen Flaum who is an Instagram star and model. Jen Flaum is a big Yankees fan.

Aaron James Judge was born on 26th April 1992, in Linden, California. As a child, he was adopted by Patty and Wayne Judge who were teachers which he knew at the age of 10. Judge has an older brother who also was adopted.

Aaron Judge attended the Linden High School from where he started playing baseball. In the beginning, he played as a pitcher and first baseman for his baseball team. Besides, he also played as a wide receiver and as a center for the football and basketball team respectively. Judge was good at all sports but he chose baseball as his professional one.

After graduation, Aaron Judge played for the minor leagues. Later in 2016, Judge then made MLB debut with New York Yankees. Since then, he has been playing for it. As of now, he has won numbers of awards which include, MLB All-Star, AL Rookie of the Year, Silver Slugger, Home Run Derby etc. Moreover, he also set the MLB record of Most home runs and walks in a rookie-seasons.

Aaron Judge is secretive towards his personal life. Accounting his Instagram account, he has not posted any photos of his girlfriend. However, his fans caught him with his girlfriends before it became a real thing to the public. Aaron is currently dating an Instagram star and model, Jen Flaum.

They have been dating each other for a few months and they are often seen in different places hanging out. They might soon reveal about their relationship to the public. Currently, they might be focusing on their career rather than being news headline via their private life.

As an established baseball outfielder, Aaron Judge collects a great amount of money. He made his MLB debut in 2016 and within a year he became the highlight player of the team. He won multiple awards including, AL Rookie of the Year, Silver Slugger Award and so on.

Allocating information from several sources as of 2018, it is found out that Aaron Judge current estimated net worth is around $10 million. He is also one of today’s most sought-after endorser who has turned down over 100 offers from various companies.