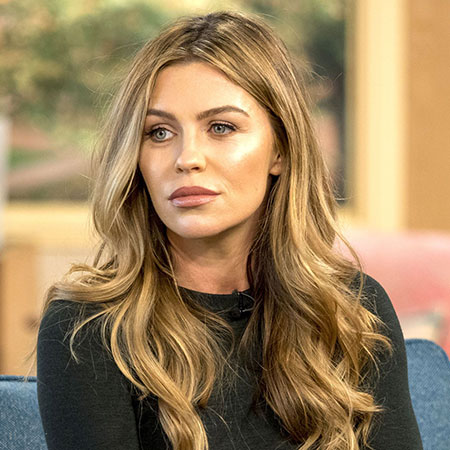 Abbey Clancy is a British lingerie/catwalk model and television presenter; widely known as the runner-up of Britain’s Next Top Model, Cycle 2 and the winner of the 11th series of Strictly Come Dancing in 2013. She is also famous as the beautiful wife of football star Peter Crouch.

Abigail Marie “Abbey” Crouch was born on 10 January 1986, in Liverpool, England, United Kingdom. She is the eldest of four children of Karen and Geoffrey Thomas Clancy. Clancy has a brother named Sean, who is a footballer playing for A.F.C. Telford United. He was cast in the E4 short-lived reality ‘Desperate Scousewives’. Her other brother John is the lead vocalist and rhythm guitarist in the indie band ‘The Razz’. Clancy establishes an interest in music from a very young age and formed an all-girl band called ‘Genie Queen’ when she was just the age of 17 in 2003. The band was managed by Andy McCluskey, from Orchestral Manoeuvres in the Dark (OMD).

In 2006, Abbey Clancy was selected in the final of Living TV’s Britain’s Next Top Model. She then competed over 10 weeks for a modelling contract with other twelve contestants and eventually  Clancy made it to the final runway but lost to Liana Fowler in the final judging.

Soon, after Britain’s Next Top Model, she was approached by many magazines and newspaper to model for their issues. In 2007, she was seen on the front page of Arena’s magazine May issue and appeared in the Daily Mail newspaper, where she modelled for Triumph Bonneville Motorbike. In 2010, she appeared in the swimsuit edition of Sports Illustrated magazine. She appeared with Peter Crouch and did the photoshoot for the magazine; wearing only body paint making it look as an England shirt. In 2010, she appeared for Umbro sportswear with other footballer’s wives and girlfriends from the countries who won the World Cup. The following year, she walked in the Giles Deacon’s spring collection Ready-To-Wear line and was also seen on the Elite Model Management: New York division website in March 2011.

In 2011, Abbey modelled for the August issue of UK Esquire, which was shot by photographer Sølve Sundsbø and was featured in LOVE magazine’s Advent Calendar in December 2013.

Abbey Clancy appeared in the documentaries The Ultimate Bikini Guide and Slave to Fashion as a talking head. She also appeared as a guest on programs such as The Chris Moyles Show, GMTV, Richard & Judy, Friday Night with Jonathan Ross, and This Morning. She also presents her own reality show ‘Abbey and Janice: Beauty and the Best’ alongside Janice Dickinson; the show was broadcasted from 14 May 14 to 18 June 2007 on Living TV. Clancy was featured in the third series of ‘Hell’s Kitchen’ and appeared as a contestant on Bling Date on 22 December 2009, in which Cilla Black made a guest appearance. In 2011, she hosted a reality show ‘Great British Hairdresser’

Clancy won the eleventh series of Strictly Come Dancing in 2013 with her  partner Aljaž Skorjanec.  They became the first couple that year to score a perfect “40”, during Musicals Week on 30 November 2013. In 2014, Clancy was assigned to host  a revived series of Britain’s Next Top Model, from which she began her own career.

Abbey Clancy started dating footballer Peter Crouch from 2006 and after sharing their chemistry for over two years the couple engaged on July 2009. She gave birth to the couple’s first child, a daughter named Sophia on 14 March 2011. Clancy married Peter Crouch at Stapleford Park Hotel in Leicestershire on 30 June 2011. She and her husband were blessed with their second daughter Liberty Rose on 1 June 2015. Clancy’s net worth is estimated to be 3.4 million euros with a lucrative amount of salary from differet sources.