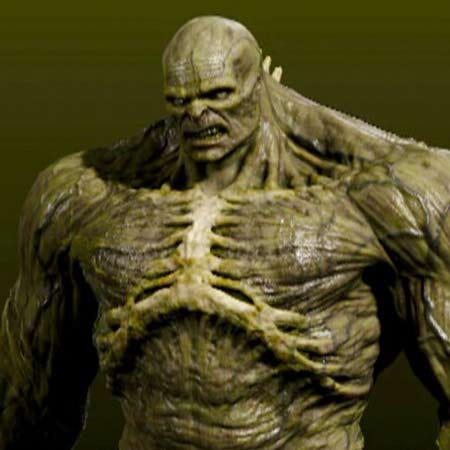 The Abomination is a fictional supervillain first published in Marvel Comics and was created by renowned writer, Stan Lee and artist, Gil Kane to be the rival of the Hulk. Marvel villain first appeared in American comic books in name of the book.

Abomination has featured in several other Marvel-endorsed products like arcade and video games. Further, he has been featured in an animated television series merchandise such as trading cards and action figures. In 2009, the Abomination was ranked as IGN’s 54th Greatest Comic Book Villian of All Time.

In terms of durability, stamina, strength, speed and the ability to regenerate, The Abomination is similar to Hulk. In comparison with Hulk, he retains his intellect after transforming and cannot change back into human form. When there is lack of oxygen for long periods he can survive, can enable underwater breathing and can breathe through gills.

Originally, The Abomination is twice as powerful as Hulk. He is considerably larger than before after being empowered by Amatsu-Mikaboshi. He can project hellfire and is powerful enough to rip off the shell of his successor A-Bomb. At his own will, he has the ability to track the Hulk anywhere in the world.

The next feature is his ability to handle his gamma radiation output in a way that he even can make toxic to the most resilient of individuals including energy absorbers like Hulk, Captain Marvel, and Sunspot.

Emil Blonsky was a special-ops commando working with British Royal Marines on loan to the Thasseus Ross in his efforts to capture Bruce Banner who is better known as Hulk. He was born in Zagreb, a small part of Yugoslavia and became a KGB agent who was sent to an Air Force Base in New Mexico.

The Hulk reverts to Banner who lures the Abomination into a trap and drains off his excess power allowing the Hulk to defeat him. The entire encounter is noticed by the cosmic entity the Stranger, who even encountered the Hulk in the previous storyline when he planned to control his mind in order to wipe out most of humanity so all the survivors can establish a better civilization. He takes the Abomination off world for the further study.

Later, the Abomination reappears to briefly battle the Silver Surfer, a cosmic hero and summons Thor to aid him in escaping the Stranger’s laboratory world. Moreover, it is revealed that the Abomination entered into a coma on impacting with the earth.

In order to defeat the Hulk, the Abomination joins forces with General Ross but is battered by an angered Hulk. Jim Wilson, the Hulk’s companion of the time, deactivates the bomb. The Hulk forced the villains to collide and knock each other unconscious.

The Abomination then is restored by Mephisto who directs the Abomination and other villains against the Beyonder. After numerous encounters with Hawkeye and Avengers Wonder Man, it again reappears during the Atlantis Attacks. Later it is driven off when placed on fire by She-Hulk.

Temporarily he pairs with villains Gargantua and Titania. There he founds his former wife, Nadia who is a famous ballet dancer. He captures her and after taking her to the New York City her real identity was clarified. In order to free Abomination wife, the Hulk later persuades him. In an attempt to save his kidnapped former wife Abonimation also battles with Namor.

There occurred a humorous encounter with the demigod Hercules, the Abomination was selected as an adversary for the hero. He was employed by the U.S. government as a hitman against hostile foreign powers.

However, the Abomination later reappears after the events of World War Hulk. The Abomination was again defeated by Hulk with the aid of Avengers Then Iron Man uses an idea and technology in Order of the Shield agents to teleport Abomination into interplanetary space.

Besides all the characters of Abomination, one of the important characters is Abominatrix. She is a female counterpart. The next character is Teen Abomination. He is 13 years old and the son of Happy Hogan. He got exposed to gamma radiation and became a teenage version.