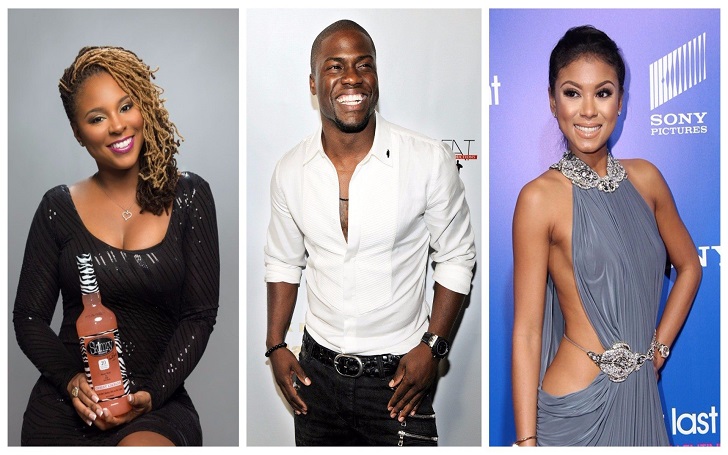 The name Kevin Hart doesn’t need any introduction. We all know that he is an American actor, comedian, writer, and producer.  But do you know about his personal life?

Talking about his personal life, he has married two times. His first wife Torrei Hart, with whom he already had divorce and his second wife Eniko Parrish, living a happily married life.

So aren’t you interested to know more about Kevin’s divorce with his first wife and also about his married life with Eniko Parrish? If you really wanna know. Then, without any delay let’s get started.

Well, at first talking about Torrei: she is an American actress, producer, and television personality. She was born on 28th February 1978, in North Philadephia, US. She first met Kevin at Community College of Philadephia and after a month, they started dating each other.

And in 2003, the two lovebirds got married by following a low-profile ceremony and are blessed with two children- Heaven and Hendrix Hart.

Marriage doesn’t guarantee you will be together forever, it all depends on you to make a good marriage but it seems as if Kevin and Torrei didn’t try their best to make their marriage relation good. However, on Feb 2010, the two filed for divorce, citing irreconcilable difference and the divorce was finalized in 2011.

Although they are now divorced, he is unusually close to his ex-wife. Just after some month of Kevin’s breakup, he started dating Eniko. So let’s find out more about their relationship.

Kevin started dating Eniko soon after separating from his ex-wife. But do you know Eniko was the reason for Kevin and Torrei divorce?

Kevin proposed her on her 30th birthday and his proposal was happily accepted.

The couple got engaged almost after 2 years, when Kevin proposed to her and after 5 years of their relationship,  on 8th August 2016, Kevin revealed the date of their wedding.

The two lovers have never been hiding about their love for each other and they are seen posting sweets on social media.

Through the social media, we came to know that Eniko is pregnant with a baby boy.

The couple posed together and said that the next year Eniko will be celebrating her first mothers day. And he made an announcement on Mother’s day by saying,

“Celebrating Mother’s Day with my beautiful wife. We are laughing at the fact that this time next year we will be celebrating her 1st actual Mother’s Day. #Harts #Blessed.”

The couple seems to be enjoying each other’s company very much. We can identify that by their posts on Instagram. If you haven’t followed them then follow them right now because they really are a romantic couple.

However, Kevin got a divorce with his first wife but still, he is in a friendly relation with his ex-wife Torrei.

We wish all the very best for Eniko Parrish for her upcoming baby and we also hope that the couple love would remain same until the end of their life.