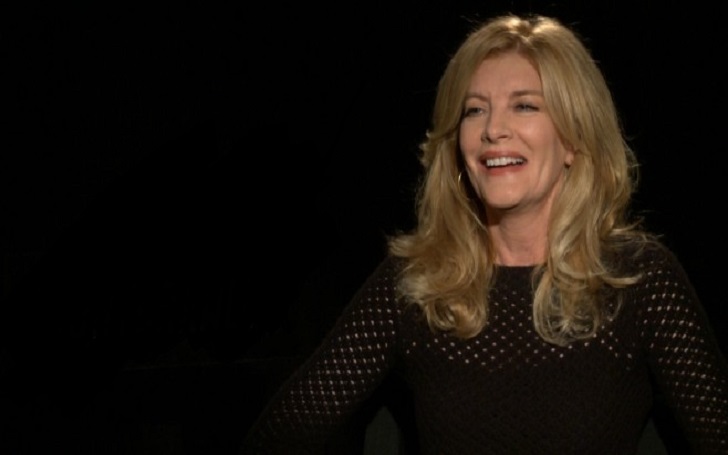 We have been trying to present something different for you all the time and today at this moment, we are here with you to share five unknown facts of an American actress, producer, and a former model Rene Russo.

Rene is best known for her gracing the cover of high-profile magazines like the Vogue and Cosmopolitan. She was one of the top models of the 1970s and early 80s. So without, any delay lets know 5 unknown facts about Rene Russo.

Rene was born on 17th February 1954, in Burbank, California, USA. She went to Burroughs High School and was dropped out in the 10th grade.

Then she started doing part-time jobs to help her family before being a model.

2. Worked as a Model

During the year 1972, Rene was spotted at a Rolling Stone Concert by John Crosby who is an agent from International Creative Management.

She was one of the top models of early 80s. She has also appeared on the magazine covers for Vogue, Mademoiselle as well as advertisements for perfume and cosmetics.

In the 70s, Rene was ranked for a sexiness which was accessible and aspirational. And in the page of Vogue, she achieved many memorable milestones as said by Rene herself.

When she turned thirty her demand as a model began to slump. She studies theater and again began to appear in theaters roles. She took an acting lesson from an actor Allan Rich.

Rene made her television debut in 1987, which was base on the comic book, Jon Sable: Freelance, by Mike Grell.

In the year 1992, she has been married to screenwriter Dan Gilroy. The couple is blessed with one daughter, Rose (1993).

She met Dan on the set of Freejack where Dan was one of the screenwriters. Do you know that he is 5 years younger than Rene?

[ CAPTION: Rene with her husband and daughter ][ SOURCE: Pinterest ]

They are living a happily married life in Brentwood, California. There is no any rumor of their breakup or divorce.

5. Returned to the big screen after six-years hiatus in 2011

Rene is famous for her string of major male co-star. She had made films with Clint Eastwood, John Travolta, Mel Gibson, Dustin Hoffman, Emilio Estevez, Dennis Quaid, Al Pacino, and much more.

Her most famous movies are Lethal Weapon 3, Ransom, In the Line of Fire, Outbreak, The Thomas Crown Affair and Get Shorty.

She made many films but she was returned to the big screen after six-years in the year 2011. Appeared as the character of the stepmother in the Marvel epic Thor.

However, the reason behind her long gap in the big screen has not been revealed.