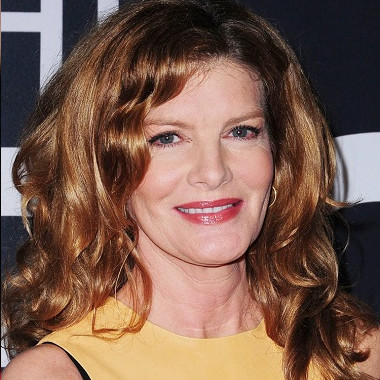 Rene Russo is American an actress, model, and producer, who has appeared in various leading magazines cover such as Vogue, Mademoiselle, and Cosmopolitan. She transitioned from modeling to acting in the late 1980s and became known for starring in various big budget films until the 1990s.

Rene is happily married to Dan Gilroy, screenwriter and film director in 1992. The duo met on the set of film ” Freejack” and no longer after they fell in love sooner and decided to get married

Rene Marie Russo was born on 17th February 1954, in Burbank, California, United States. Her parents Shirley Balacco Russo and Nino Russo, was a sculptor, and car mechanic. She and her sister, Toni was raised by a single mother after their father left them when Rene was only two years old. Her mother worked as a barmaid and factory laborer to sustain life.

Rene was admitted in Burroughs High School for primary education. She joined the school with Ron Howard (Director). Rene was a dropped out of school when she was in the tenth grade. Shortly after she was expelled, Rene started doing various part-time jobs at one time like selling refreshment at a movie theater, restaurant hostess, store cashier and has worked in an eyeglass factory (inspecting eye lenses).

Renne’s career turns at the point where she was approached by John Crosby (A scout and, manager from International Creative Management) attending a Rolling Stones Concert. He suggests her to be a model and some of the pictures were tested of her. Hereafter, within a month, she signed to Ford Modelling Agency and become a successful print and photographer model.

That eventually became the beginning of her modeling career and she was only 17 years old. She became one of the successful models in America, who has appeared on magazine covers and did several TV Commercial by 1980. She was the most demanding and top fashion model of the 1970s and early 80s.

After appearing in TV Commercial, Rene began to study theater and acting and then began to play in some regional theaters in Los Angeles and California. In 1987, her debut television series, Sable came where she was offered short role.

She struggles approximately two years and in 1989, she made a big screen debut in a comedy movie, “Major League“. She has also co-starred in Mr. Destiny (1990) and One Good Cop (1991); where she was praised and critically acclaimed for her effective performance in both movies.

Most of her high-profile movies were the box- office hit and were successful to collect an optimum amount of money. She was therefore recognized as talented dramatic and character actress, hunting for an Oscar-worthy role in future.

Rene is happily married to Dan Gilroy, screenwriter and film director (known for writing and directing 2014 thriller “Night Crawler”) in 1992. Rene and Dan met on the set of film ” Freejack” (1992). They fell in love sooner and decided to get married.

Rene gave birth to a baby girl, Rose in 1993, at the age of 39. Their marriage is blooming with love since then, living a joyous life with her family in Brentwood, Los Angeles, California.

In October 2014, the 5′ 8” versatile actress revealed her lifelong battle with bipolar disorder, which causes a mood swing. Rene’s sister Toni got hitched to lyricist Bernie Taupin in the 1980s. Rene and her sister appeared in the 1987 video for Taupin’s solo song, “Citizen Jane.“

Rene Russo seems fortunate in both personal and professional life. She has earned a good sum of money in her career. She has featured in several movies and TV series through which she obtains a decent amount of money as salary.

Moreover, she also receives a good sum of money from several fashion line and brands as an endorsement. Allocating information from several sources it is found out that her current net worth is around $40million.