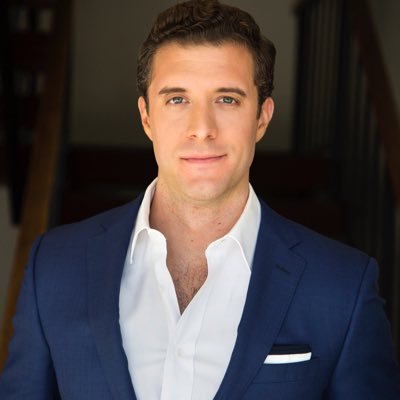 Will Carr is a news correspondent, widely recognized for his work association as a Los Angeles-based correspondent for ‘Fox News Channel’. Will Carr has received a number of Awards in his up and running journalism career such as ‘Esther Award’ and ‘Reporter of the Year Award’ by New Mexico Broadcaster’s Association. 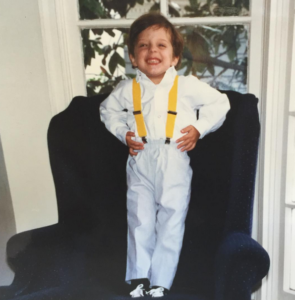 A throwback of young Will Carr in 1986
Source: Instagram

He began his journalism career in 2006 from WRCB-TV in Chattanooga, Tennessee Area, where he served as a news and sports anchor, producer, and photographer. He worked there around three years.

In 2009, he joined the WTVC-TV NewsChannel 9 in Chattanooga, Tennessee Area, where he worked as a reporter and anchor. After one year later he left the job.

Soon, Carr served as a general assignment reporter at KOAT-TV (ABC 7) in Albuquerque, NM. He worked there around three years from 2010 to 2013, covering arms trafficking rings at the Mexican border, record-setting wildfires. He was also a sports anchor assigned to the University of New Mexico Lobos and the Albuquerque Isotopes.

On May 2013, Will Carr joined Fox News Channel (FNC) as a Los Angeles-based correspondent. He has been working there since four years. Most recently in 2013, Carr reported on the sexual harassment charges and subsequent resignation of San Diego Mayor Bob Filner as well as the 19 firefighters who were killed while battling a wildfire in Prescott, AZ. 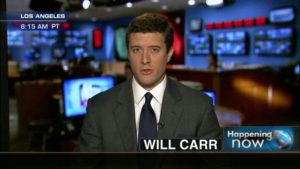 Will Carr has received many awards in his journalism career. He received an award of ‘Esther Award’ for giving the best performance in radio broadcasting in 2006. Will was awarded ‘Reporter of the Year Award’ by New Mexico Broadcaster’s Association in 2011. 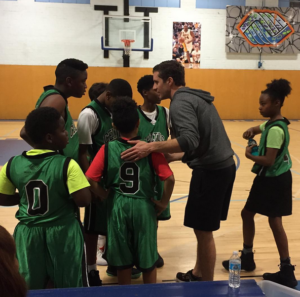 Will Carr volunteered at Boys and Girls Clubs of America in 2014, where he coached a basketball team of 11-14-year-olds up to two times a week. He belongs to white ethnicity and holds an American nationality. Will is in a relationship with ABC News Correspondent, Marci Gonzalez, who’s photo is heavily featured on his Instagram account. Gonzalez appears on various ABC programs such as  ABC World News Tonight, Good Morning America, America This Morning and World News Now 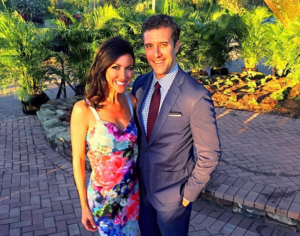 Will Carr and his ‘supposed’ girlfriend, Marci Gonzalez, ABC News Correspondent on their to Delay Beach, Florida
Source: Instagram/October 24, 2016

The 6′ 1″, dashing and one of most prominent media personality of American media world, Carr earns a handsome salary from his journalism career, however, he has not mentioned his net worth. he is active on social networking sites.